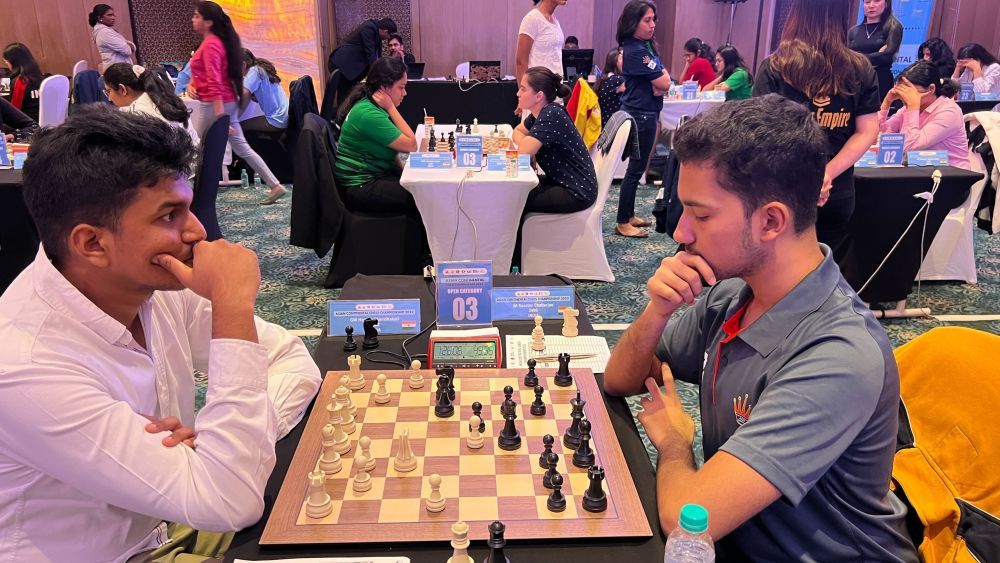 Twelfth seed Harsha Bharathakoti beat International Master (IM) Koustav Chatterjee to emerge sole leader with four and half point after the end of fifth round of the Asian Continental Chess Championship at the Leela Ambience Convention Hotel here .

Playing with light coloured pieces in a Scotch game, Harsha exerted pressure on his rival’s territory to secure advantage in the middle game to garner full point after 49 moves.

A group of seven Grandmasters including top seed Praggnanandhaa are now trailing behind the leader with a drift of half point. Praggnanandhaa split the point with Leon Luke Mendonca while other overnight leaders Maksat Atabayev Maksat of Turkmenistan and Karthikeyan Murali settled for a draw .

In the Women’s section, Grandmasters Nandhidhaa P V and Priyanka Nutakki scored victories over Thi Kim Phung Vo of Vietnam and Soumya Swaminathan respectively to become joint leaders with four and half points.

Playing white side of the French Defense game, Nandhidhaa dominated her Vietnamese rival throughout the match to secure full point after 87 moves while Priyanka made an exchange sacrifice to use her double bishop combo to annihilate her International Master rival in just 30 moves.