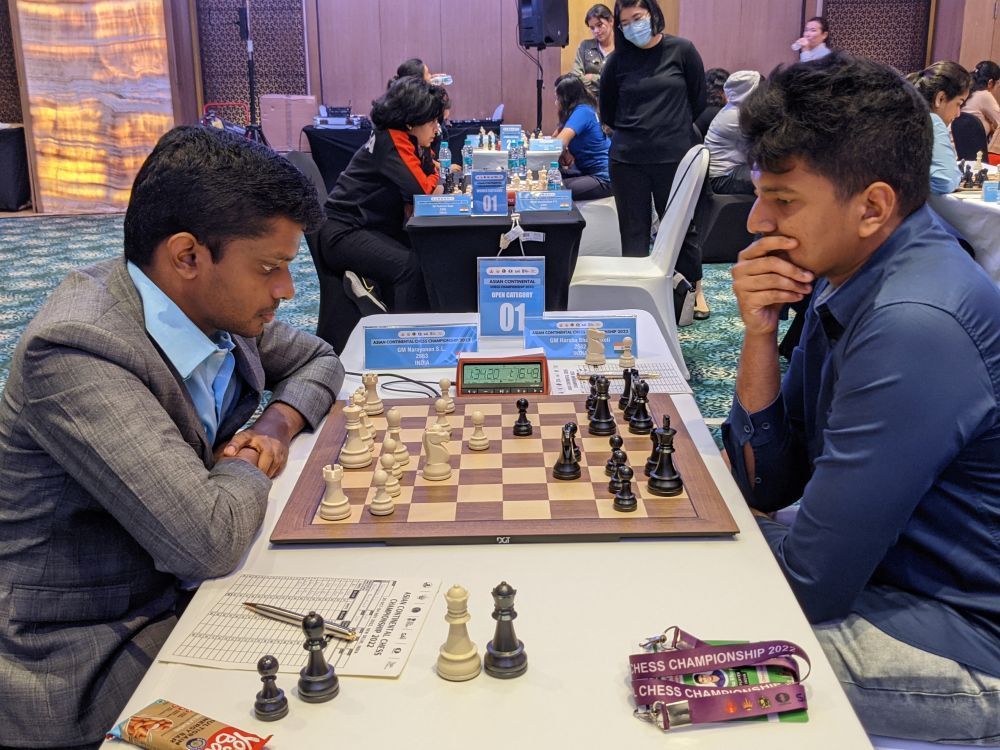 Leader Harsha Bharathakoti settled for a draw with second seed S L Narayanan while top-seed Grandmaster R Praggnanandhaa won a marathon 137-move game against Karthikeyan Murali to move into joint lead with three others on five and half points as the Asian Continental Chess Championship headed for a close finish with just two rounds remaining.

In the women’s section, Nandhidhaa P V maintained her sole lead and unbeaten run with six-point after seven rounds, after drawing with Padmini Rout in 49 moves while Priyanka Nutakki following the heels of Nandhidhaa with a drift of half point after winning her seventh round against Nilufar Yakubbaeva of Uzbekistan.

Padmini Rout, Soumya Swaminathan, and Divya Deshmukh are in joint third spot with five points. Soumya posted a win over Nisha Mohota while Divya put it across Rakshitta Ravi.