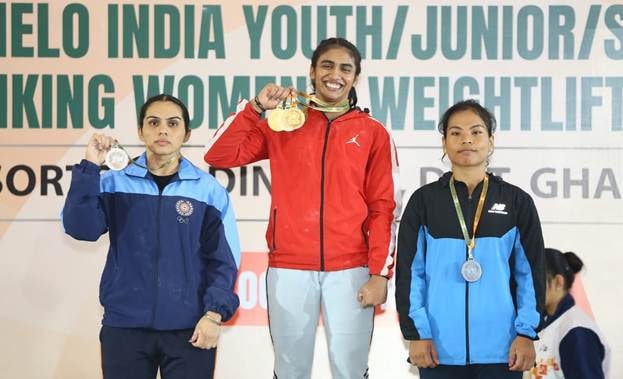 Multiple National Records have been created in Phase 2 of the Khelo India Women’s Weightlifting tournament which ended today in Modinagar, Uttar Pradesh. The tournament took place across the Senior, Junior and Youth age categories.

It was organised by the Indian Weightlifting Federation (IWLF) and supported by the Department of Sports, Ministry of Youth Affairs and Sports.

The tournament saw participation from weightlifters who are a part of the Target Olympic Podium Scheme as well as the Khelo India scholarship scheme. The National Records were created by Akanksha Vyavahare, Bhawana, Martina Devi, Yogita Khedkar and Kalpana Yadav.

The three best lifters in the tournament on the basis of points were the following: Komal Johar (Senior Women), Sanju Devi (Junior Women) and Akanksha Vyavahare (Youth Girls).

The total amount of support put forward by the Govt of India to conduct the Khelo India league across all editions is Rs 1.88 Crore, which includes a total cash prize of Rs 48.3 Lakh to the top 8 ranked weightlifters across 10 weight categories in all age groups.