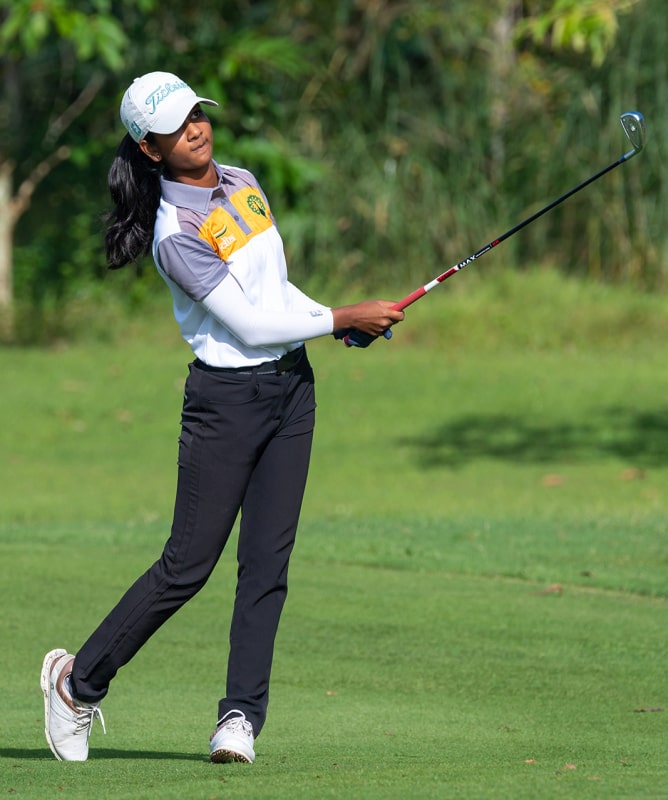 Indians put up a disappointing show as only Mumbai-based Nishna Patel made the cut among the six players who were in the fray in the Women’s Amateur Asia-Pacific golf at the Siam Country Club.

Nishna, who missed the cut last year at the same tournament in Abu Dhabi, had a good start with a par on the tenth that was followed by birdies on 11th and the 13th as she rose up the leaderboard. Back-to-back bogeys on 14th and 15th on the tricky greens at the Waterside course of the Siam Country Club, pulled her back.

Nishna, who had her brother Ronav as her caddie, plays at the Bombay Presidency Golf Club, showed great mental strength in hot and humid conditions. She also showed she had learnt from the experience of the World Amateur Team Championship and the Women’s Amateur Championship.

After her bogeys, she had ten pars in a row from the 16th to the seventh and then birdied the Par-4 eighth and finished with a par on ninth, her closing hole.

However, it turned out to be a dismal week for Avani Prashanth, who has had a fine season including 10 international starts and a tied 12th place finish at the professional event, the Hero Women’s Indian Open on the Ladies European Tour.

The defending champion Mizuki Hashimoto (66) took the lead at 9-under. She moved to nine-under par 135 total, one ahead of Korea’s Jiyoo Lim. The 17-year-old added a second straight round of four-under par 68.

Chinese Taipei’s Ting-Hsuan Huang (69) was alone in third place at six-under par 138, followed by a three-way tie for fourth place.