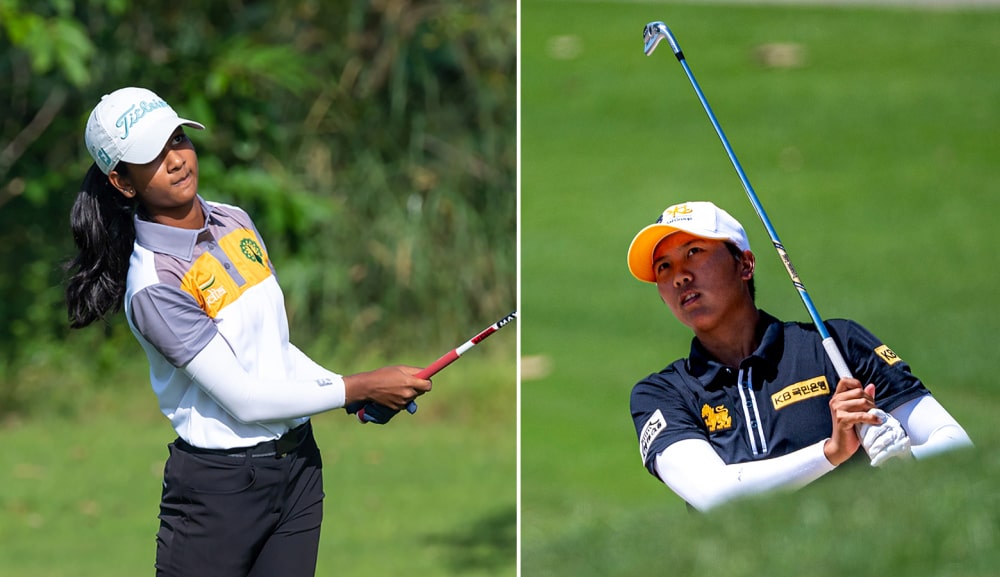 After two good rounds, Mumbai-based teenager Nishna Patel returned disastrous 5-over 77 to slip down to 44th place on the third and penultimate day of the Women’s Amateur Asia-Pacific championship at the Siam Country Club here on Saturday.

The 16-year-old Nishna, who is the only Indian to make the cut from the six who came here, shot 72-71 on the first two days and was Tied 17 yesterday was fine for the first seven holes this morning before she ran into a disastrous stretch of bogeys and with the three-  round aggregate of 4-over tumbled down 24 places to be at tied 44th.

There was a four-way lead at the top as the defending champion and halfway leader, Mizuki Hashimoto (77), dropped six strokes in the last six holes with four bogeys and a double. Hashimoto crashed from overnight 9-under to 4-under is now tied for ninth.

There were four players sharing the lead at 8-under.  The four included two locals, the highly acclaimed 38th world-ranked Natthakritta Vongtaveelap, who won the Thailand Amateurs two weeks ago, and a little-known 16-year-old, Suvichaya Vinijchaitham.

Of the other two, there was Ting-Hsuan Huang, another 16-year-old from Chinese Taipei and a debutant at WAAP, while the fourth was Korea’s Lim Jiyoo, once ranked as high as fifth in the world, but now 13th.

Nishna, with brother Ronav as the caddie, began well with five pars before her first birdie. After a par on seventh, her problems began.