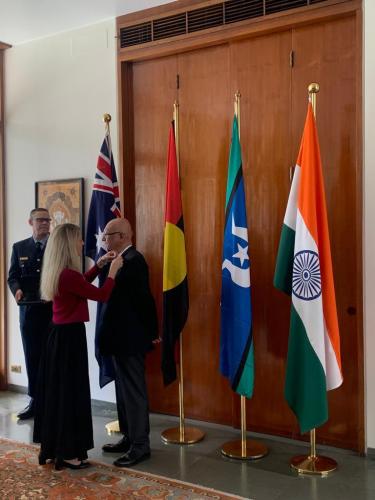 Before Dasgupta, other Indian citizens who have been bestowed with this honour include Soli Sorabjee and Sachin Tendulkar.

Dasgupta (69) Consul-General of India to Australia from 2009-2012, played a lead role in establishing the Australia-India youth dialogue. Now in its second decade, the Dialogue is a permanent fixture of the bilateral relationship and fosters a connection between the youth of the two countries.

He is a staunch advocate for the principles of multiculturalism, which underpins contemporary Australia During his tenure, attacks against Indian students threatened Australia's International reputation. His personal efforts helped in easing tensions and reassure the Indian diaspora.

As a committed promoter of Australia-India relations, Dasgupta challenges the governments and people to realize the underlying potential of stronger bilateral relationships.

A prolific writer, Dasgupta at present is a distinguished fellow of the Australia India institute, a senior fellow at the Society for Policy Studies, and the Inaugural Country Director of the University of New South Wales since 2016.