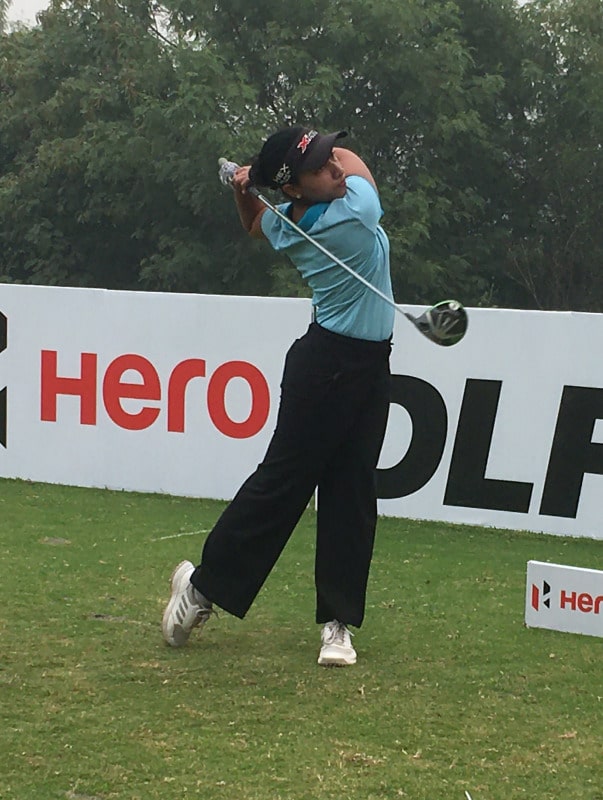 Jaipur-based Afshan Fatima survived the middle-of-the-round hiccups and stayed put in the lead at the end of the second round of the 14th Leg of the Hero Women’s Pro Golf Tour here on Thursday.

Pre-tournament favourite teenager Hitaashee Bakshi, had solid back nine that saw three birdies in the last eight holes, and with a 2-under 70 in the second round moved up to tied third with amateur Vidhatri Urs (73-73), who had a rough front nine but a steady back nine.

Afshan after leading for two days, will be looking forward to ending the long title drought with Ridhima, Hitaashee and amateur Vidhatri on her heels. Jyotsana (80-67) and Seher Atwal (73-74) are also in the running, just three behind the leader.

Jyotsana Singh had a dramatic 13-shot improvement on her first-round score of 8-over 80, as she carded the second day’s best score of 5-under 67 that saw her log four birdies in the last eight holes. Jyotsana shared the fifth place with Seher Atwal at 3-over 147.

Gaurika Bishnoi, who was second after the first day, slipped badly with six bogeys and a double bogey against two birdies. She has dropped to tied ninth at six-over 150. Sneha Singh (78-75) continued to struggle and was tied 15th at 9-over 153.