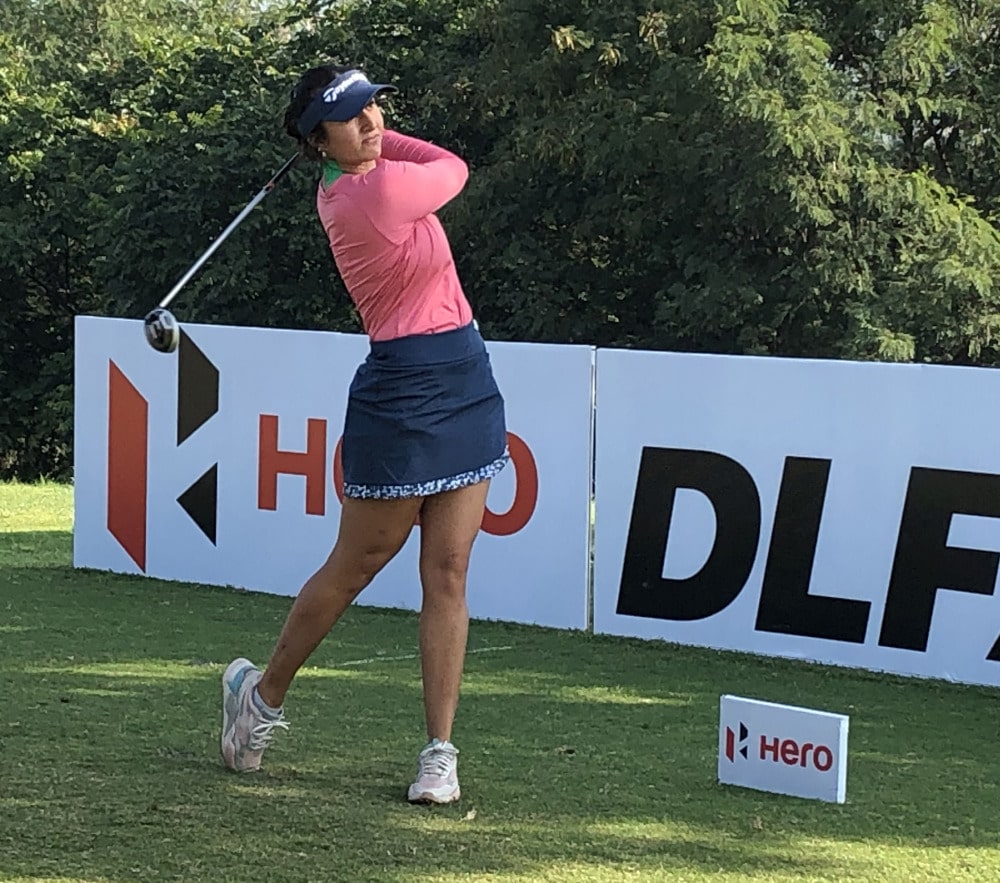 Ridhima Dilawari, fired stunning bogey-free final round of 66 to win the 14th Leg of the Hero Women's   Pro Golf Tour here on Friday.

Trailing by one shot behind the overnight leader Afshan Fatima,  Ridhima played steady golf and with three birdies on either side of the course, took her total to 5-under 211 and that enabled her to chalk out five shots win over Afshan.

Ridhima became the third player after Pranavi Urs (5) and Hitaashee Bakshi (2) to win more than once this season. Following her win in the eighth leg of the season at the KGA in Bengaluru, this was Ridhima’s second success of the year. She was also second in the fourth leg at Aamby Valley.

Ridhima moved up to a fifth spot on the Hero Order of Merit, while Pranavi Urs, who did not play this week, stayed on top with Hitaashee Bakshi second. Seher Atwal and Gaurika Bishnoi are third and fourth.

For Afshan, who suffered a bogey on the 10th and a double on the 11th for the second day in a row, it was the best result of the current season, but she stays winless since the win in 2018. Afshan aggregated even par 216.

Besides Ridhima, the other player to excel on the final day was Gaurika Bishnoi, who bounced back from her second round 78, as she scored 10 shots better than the second day with a 4-under 68. Gaurika, who had seven birdies against three bogeys, finished third at 2-over 218.

Ridhima and Afshan began the final round with birdies and then Afshan added a second birdie on second to go two shots ahead.

Then Ridhima’s fortunes changed as she birdied third and fourth, while Afshan bogeyed third and parred fourth as both players were now level. The see-saw battle continued as Afshan forged ahead again with a birdie on fifth.

There was a two-shot swing on the Par-4 sixth, which Ridhima birdied and Afshan bogeyed. Suddenly Ridhima went ahead, and she did not look back after that.

Both players bogeyed the ninth and there was a three-shot swing on the 10th as Ridhima birdied and Afshan dropped a double. That ended Afshan’s hopes even though she managed three birdies against one bogey in the remaining eight holes. Ridhima made no mistakes and instead birdied 14th and 15th and parred the rest for a comfortable five-shot win.

Seher Atwal (72) who started bogey-bogey on the final day, was fourth at 3-over 219, while Saaniya Sharma (70), one of the only three players to have a under par round on the final day, was tied fifth with Hitaashee (74), who had a rough patch in the middle of the round as she bogeyed eighth and ninth and triple bogeyed the 10th.