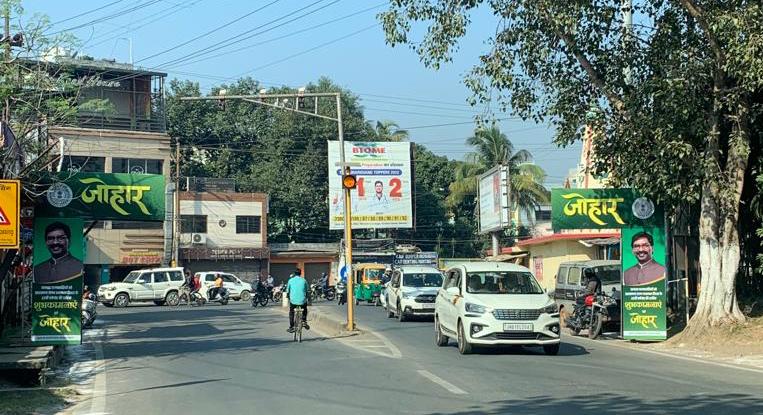 Jharkhand was created on the birth anniversary of tribal hero Birsa Munda on November 15, 2000. And everybody knows that the demand for the formation of this state was largely centered around pride and identity.

The state was a homeland of Adivasis though its tribal population accounted for less than 28 percent of the population in 2011. Other Backward Classes were in majority in the state. It has been argued for a long time that a smaller state was created for faster development and better administration.

Twenty-two years later now when the state is celebrating its 22nd foundation day, the question is; is this true? Has Jharkhand excelled in Human Development Indices, and the infrastructure of the state? My study revealed that no significant benefit was recorded for being a small state primarily due to a combination of two banes of the State - rampant corruption and incompetence of the government functionaries.

Consider the case of Ulihatu. It is the birthplace of Birsa Munda whose 147th birth anniversary is being celebrated by both the Centre and the state and, to pay tributes to him, President, Droupadi Murmu is landing there. This is for the first time, the President of India is visiting Ulihatu. Of course, to welcome her, a new helipad has been created and a dilapidated road she will cover to reach the site to garland Birsa Munda's statue, has been polished.

More, scores of government vehicles were parked and the dust-licking statue of Birsa Munda was cleaned and painted. A wide variety of flowers were hanging all around the Birsa Munda complex. The Primary Health Centre building where there were no medicines and doctors was occupied by armed policemen to provide security to the VVIPs who are there to greet President Droupadi Murmu.

When JharkhandStateNews data collectors moved around Ulihatu on the day of Birsa Munda's birthday function, sponsored by the state and the central governments, they noticed in common that colours, paints and flowers floated all around in Ulihatu were what we say,' external commodities'.Behind these shining flowers was the poverty-ridden life of several Adivasis, a sad reality that appears to be beyond the imagination of any government functionary in Ranchi or Delhi.

In 2017, the BJP government led by the then CM Raghubar Das had launched Shaheed Gram Vikas Yojna. This project was launched by the then BJP President Amit Shah. As per this yojna,164 houses were planned to be constructed, each to be lit up by solar energy and connected with metal roads and Primary Health Centre with a doctor and medicines available there round the clock.

Five years went down the drain, and nothing actually happened. The residents of Ulihatu continued to dream of a cemented house with electricity available 24X7 and a drinking water supply. Sukhram Munda, a grandson of Birsa Munda, continued to live in a hut. His daughter Joni Kumari is doing a post-graduation course at Khunti college. Inside Ulihatu, nearly 300 students are enrolled in a residential school- Birsa Awasiya Ucch Vidyalaya. In absence of any water supply available in this school, students fetch water from outside and take bath in the nearby pond. In the school mess, there were only two benches, sadly, as a result, students take the mid-day meal while sitting under the sun on a concrete potholed road.

Mariyat Devi, the Mukhiya of Uilihatu, complained that one water tower meant to supply drinking water to villagers has been non-functional for almost five years. The solar power device of the water power has turned into garbage due to lack of any service connected with its maintenance. In effect, villagers rely on wells and ponds to eke out their living.

The life of other people in nearby villages and their adjoining villages in Khunti, Simdega, Gumla, Hazaribagh, Chatra and Koderma was no different. Notably, the lack of water supply, unavailability of electricity, competent doctor and medicine-loaded health care and potholed roads were common causes of concern for people in villages of these districts.

However, all is not hell. A remarkable change was visible too. That is all about the Left Wing Extremism. In fact, Naxalite activities have ceased to be in records of police files. In effect, dhabas and restaurants have mushroomed along roadsides and highways connecting these districts where bus services were available during the night, a phenomenon that was welcomed by one and all people in rural and urban areas of the state.

Elsewhere, minerals and mining, real estate and building construction are deemed to be high points of development. For development, some plots of land for tribals, farmers and the poor were taken over and handed over to industries. The original settlers who should have benefitted were further marginalized, it appears.

Without a blueprint or a roadmap, some things did change. Funds from the Centre came directly and decisions were made in Ranchi and not from Patna. Higher resources were available more readily for projects, royalty from mining was received directly, a few industries were established, and there was some increase in employment. But the state has not come anywhere close to fulfilling the aspirations of the people.

Chief Minister Hemant Soren who returned to power in 2000, worked to contain COVID-19 successfully and has been actively involved in providing service to migrant labourers who were working outside the state. However, the government both in the state and at the centre need to work in coordination for the next generations and not just keep their eye on the next election. As I think, elections will come and go; the government will fall and be formed again; policies and schemes need to address the long-term needs of the people.