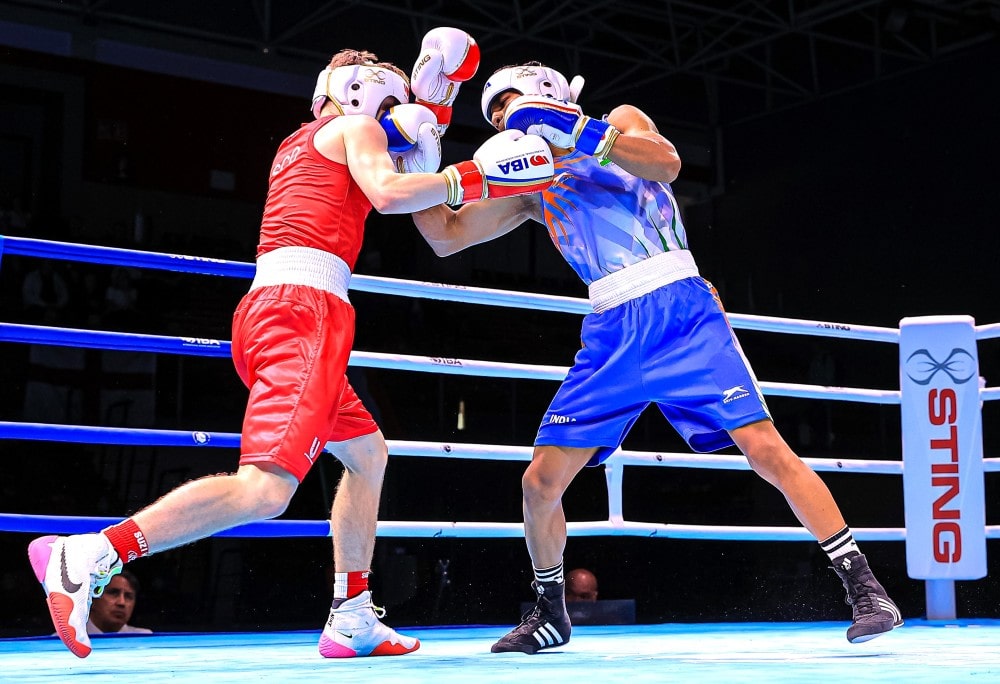 Youth Asian champions Ravina, Vishwanath Suresh and Vanshaj along with four other Indians have assured themselves of a medal each by entering the semi-finals at the Youth World Boxing Championships in La Nucia, Spain.

Bhawna Sharma (48kg), Kunjarani Devi Thongam (60kg), Lashu Yadav (70kg) and Ashish (54kg) are the country’s other boxers who are also assured of at least bronze medals after securing themselves Last-4 berths.

Griviya Devi Huidrom (54kg) was the lone Indian woman to end up on the losing side as she lost to Kazakhstan’s Elina Bazarova by 0-5.

However, it turned out to be a mixed day for India in the men’s section as three of five managed to progress into the medal rounds.

Vishwanath (48kg) and Vanshaj (63.5kg) posted unanimous wins over Australia’s Jye Kerr and Omar Livaza of Kyrgyzstan respectively. Ashish, on the other hand, had to work hard against Scotland’s Aaron Cullen as the result was declared 4-3 in his  favour after the bout was reviewed.

Rhythm (+92) and Jadumani Singh Mandengbam (51kg) will also battle it out in the men’s Last-8 stage.

17 Indians qualifying for the Last-8 stage is the highest for any country at the event followed by Kazakhstan (16) and Uzbekistan (13).