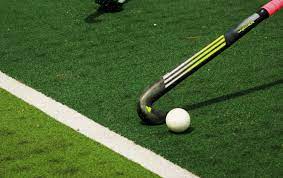 Veteran goalkeeper PR Sreejesh brought off some stunning saves as India piped favorite Australia 4-3 in the third match to keep the five-match hockey series alive at the Mate Stadium Adelaide ,  on Wednesday.

India had lost the first match 4-5 and second 4-7 so this win today enabled the men in blue to break their 12-match winless streak against world No. 1 Australia. This was India's 13th win over Australia in 65 hockey matches and their first since 2016.

Putting the two defeats behind them,  India started the match aggressively and rattled the Australian defense with some incisive attacks from the flanks.  In the 12th minute Hardik Singh, earned a penalty corner via an aerial ball into the circle, which was poorly intercepted by the Australian defender leading to a dangerous play foul in the D.

Harmanpreet's powerful drag flick went past Johan Durst at lightning speed. This was his fourth goal of the tour.

However, Australia drew parity in the second quarter when they won their second PC in the 25th minute. Though Sreejesh did well to block Hayward's flick, Welch nicked the ball past him on rebound.

Australia took the lead at the start of the third quarter through a well-executed PC scored by Aran Zalewski in the 32nd minute. The visitors remained calm in their pursuit and continued to hold on to the momentum - taking the match down to the wire.

India upped the ante in their attack, which resulted in their second PC of the match in the 47th minute. A good injection by Abhishek was well-received by Harmanpreet only to set up the injector to deflect the ball into the post. The variation worked with Abhishek perfecting it.

Moments later, he worked in tandem with Shamsher Singh to win India's third PC. but the chance went begging after a poor execution.

With just four minutes left for the final hooter, Shamsher helped India win their fourth PC and this time, he was immaculate in his effort to pick up a rebound off Jugraj Singh's drag flick to score his team's third goal.

The final few minutes were intense, with Australia scoring off a PC in the 59th minute. But a fine coordination between Mandeep Singh and Akashdeep Singh ensured India a victory (4-3)

"It was a better defensive effort today. We put up a good fight back on a couple of occasions," said Chief Coach Graham Reid after the match.

He cautioned the players of giving away too many chances to their opposition. In this case, conceding eight PCs. "While our PC conversion rate was good, we probably still gave them too many opportunities and relied a little bit too much on our goalkeeper. Having said that, sometimes it is good to graft out a win and I think that's what the team did today. We fought hard and it was a good character-building game for us ahead of the World Cup in January,".