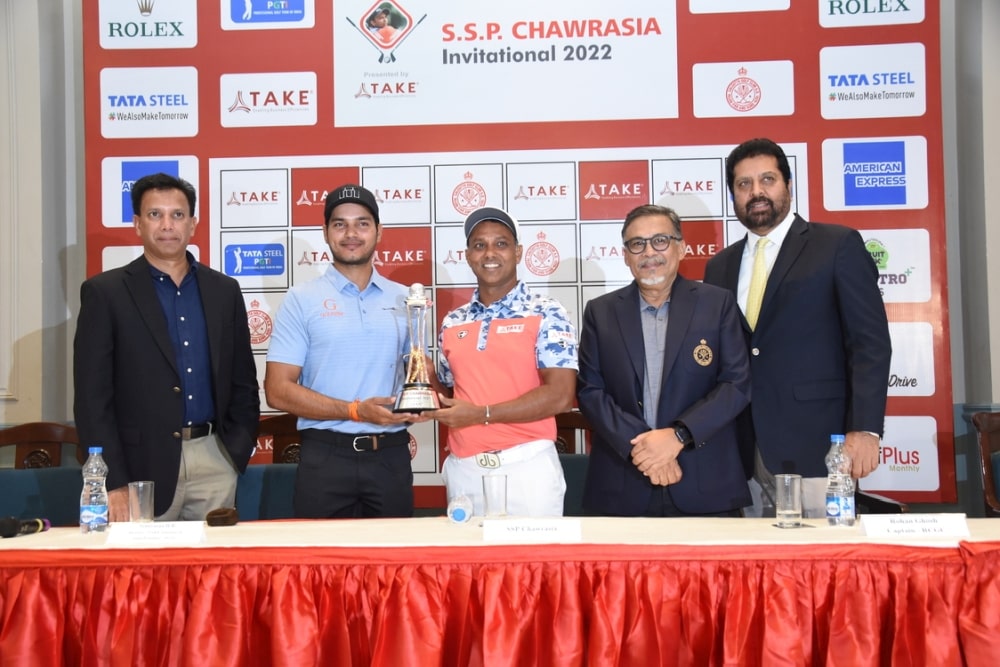 The Rs one crore  SSP Chawrasia Invitational  Golf was launched on Tuesday.

The tournament will be staged at SSP’s home course, the  Royal Calcutta Golf Club (RCGC), from December 14 – 17, The field will feature 126 professionals.

The legendary SSP Chawrasia is the second Indian professional golfer after Jeev Milkha Singh to have a PGTI event named in his honour. SSP has a long list of accomplishments including being one of only two Indian golfers to have won four DP World Tour titles.

SSP has won six titles on the Asian Tour and is a two-time Indian Open champion. Chawrasia has the distinction of having represented India at the Rio Olympics 2016 and the World Cup of Golf 2016. He also represented Team Asia at the EurAsia Cup in 2016 and 2018. SSP, a winner of 17 professional titles, was honoured with the Arjuna Award in 2017.

Tournament host SSP Chawrasia said, “I’m extremely excited about hosting the inaugural SSP Chawrasia Invitational presented by TAKE. It’s a great honour to have an event on the PGTI named after me. I would like to thank Mr. Srinivasan HR, TAKE, PGTI and RCGC for supporting this event.

“The rich prize purse on offer, depth in the field and the excellent playing conditions provided by the host venue RCGC promise a week of top-quality golfing action. I’m also looking forward to performing well at my home course. I wish the players all the best.”

Director, TAKE Solutions Limited and Joint President, PGTI, Srinivasan H R, said, “I am privileged to partner with Indian golfing great SSP Chawrasia in launching the SSP Chawrasia Invitational as recognition of his inspirational achievements at the global stage which have brought glory to the country.

“We seek to build this event into one of the biggest attractions on the PGTI calendar following the example of the Jeev Milkha Singh Invitational which has been a roaring success. I would like to wish the players all the best as we look forward to a highly competitive week with a strong field in attendance at the event.”

“The inaugural SSP Chawrasia Invitational presented by TAKE is an acknowledgement of SSP Chawrasia’s path-breaking accomplishments on the international stage which have contributed immensely in raising the stature of Indian golf. His feats serve as an inspiration for young Indian golfers" said  PGTI CEO  Uttam Mundy