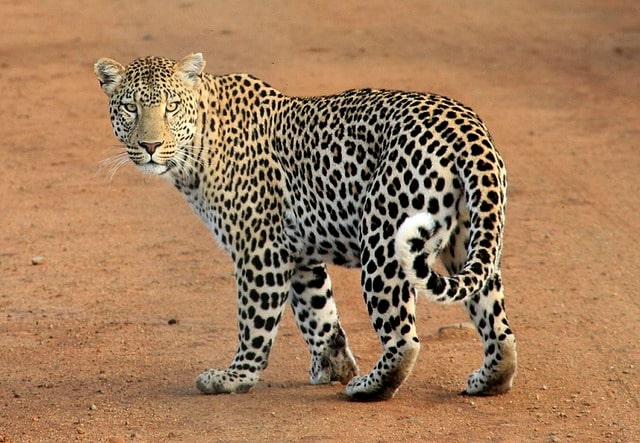 Shock and grief have engulfed Rodo village in Garhwa district of Jharkhand where a Tendua( Leopard) had attacked a five- year old boy, took his body, and left it after consuming a part of it, report reaching Ranchi said.

All residents were shocked. A woman was spotted crying.” We can not express our hurt sentiments”, she wept, a sentiment shared by many others of Rodo, a village falling under Bhandaria police station area of Garhwa.

The incident took place on Wednesday evening when the child had come out of his home to buy a packet of biscuits from a nearby shop. “When he had bought the biscuit, he was returning home when the wild leopard attacked, lifted him, killed, eat a part of his body, and vanished leaving the rest parts of his body and clothes on the ground”, said the police.

“As the child did not return home till late evening, his parents came out in search of him. This morning they recovered clothes and parts of his body”, said another villager.

The police and other officials had reached Rodo. The forest department personnel were informed. Now, a search operation has started to locate this boy-eater Tendua.