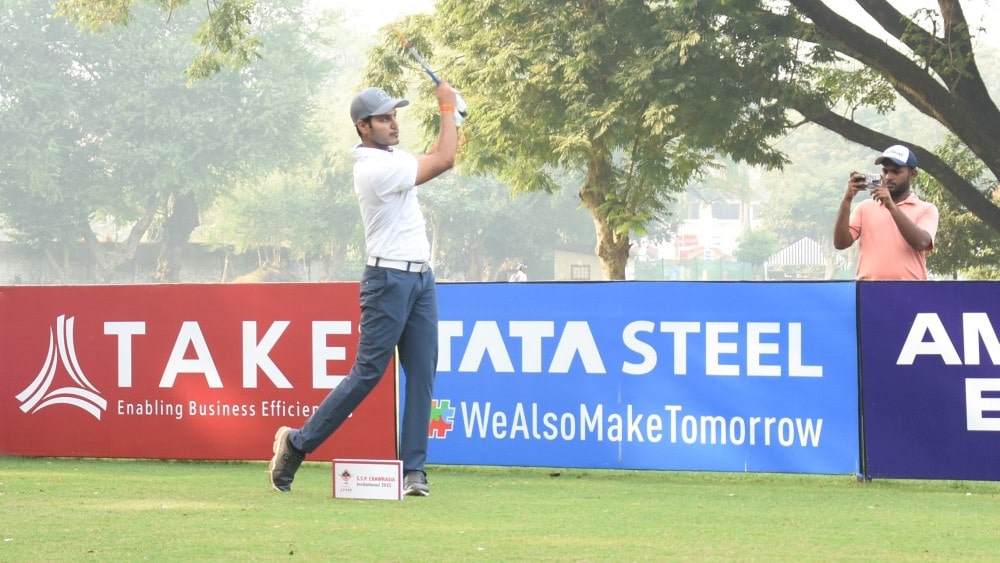 Pre-tournament favourite Anirban Lahiri carded the day’s best score of 65 to be placed second at eight-under 136. Gurugram’s Veer Ahlawat struck a 67 to be in third place at six-under 138.

Incidentally, the top three on the leaderboard, Manu, Anirban and Veer, played together in the same group on the first two days. There was only one bogey among the three players on day two. The trio will be back playing together in round three as the leader group.

The cut went at four over 148. Fifty-seven professionals made the cut.

Round one leader Karandeep Kochhar (77) of Chandigarh slipped to tied 20th place at one-under 143.

Manu Gandas (69-66), with five wins under his belt this season,  was lying overnight tied eighth, was off to a terrific start making five birdies between the 11th and the 16th where he rolled in long putts including a 27-footer on the 16th. He added two more birdies and a bogey on the front nine. The highlight of his front-nine was an accurate approach from 177 yards on the third that left him a tap-in for birdie.

“I’m striking it fairly well, other than that I am rolling the putts quite good, so I am going to take that into the weekend as well. The first-nine was quite good but on the second-nine I missed a couple of makeable putts."Manu said after the round

Anirban Lahiri (71-65), lying overnight tied 19th, too made a great start with five consecutive birdies from the 11th to the 15th sinking three 20 to 25 feet putts. Lahiri made further in-roads on the front-nine with two more long birdie conversions.

“I think, the first half of the round where I made all my birdies was probably the least impressive as far as my ball-striking was concerned. But after that, I got into a good rhythm. The body is beginning to feel better now. I was a little tired after a lot of activities on the Pro-Am day. So hopefully, I’ll just rest up and enjoy myself on this golf course on the last two days. "said Anirban.