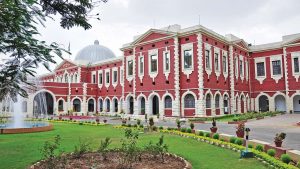 By scrapping the Jharkhand Staff Selection Commission( JSSC) Examination ( Amendment) Rules 2021 that made it mandatory for applicants to clear classes 10 and 12 from schools, the Jharkhand High Court has opened up a pandora box.

Chief Minister Hemant Soren is planning to challenge the JHC’s judgment in an appropriate court.
“In the interest of youths of our state, we will seek justice for them and fight legally”, said a senior officer today.

His opinion was shared by Doren who, minutes after the JSC delivered its judgment, had said that “there are such rules in other states as well. We will take legal opinion on the issue. Rest assured that we will protect the interest of the Jharkhandis.”

True, investigation revealed that the state government had poorly copied a part of its amendment text from Himachal Pradesh.

Since this part was excluded from amended rules in Jharkhand, the court held the Jharkhand government’s amended rules as violative of the principles of equality under Articles 14 and 16 of the Constitution.

The division bench of Chief Justice Ravi Ranjan and Justice Sujit Narayan Prasad described the rules as “bad in law”.

In its amended rules, JSSC  had also excluded Hindu and English from the list of regional language papers and made languages such as Urdu, Bengali, and Odia part of it. The state cabinet had given its nod to the amendments on August 5, 2021.

But the bench directed JSSC to come up with a new set of advertisements for all job examinations that it might have or is conducting on the basis of these two amended rules. Result?

Official records show that during a long period of almost 17 months when the text of the amendment of employment rules were being drafted, the state law department had advised the state government not to go for it. But it kept aside its advise and amended the rules.

Now, due to the questionable stand of the government and the court scraping it, more than 10,000 unemployed youths who were about to apply for class III and IV jobs in response to an advertisement brought out by JSSC, will suffer.