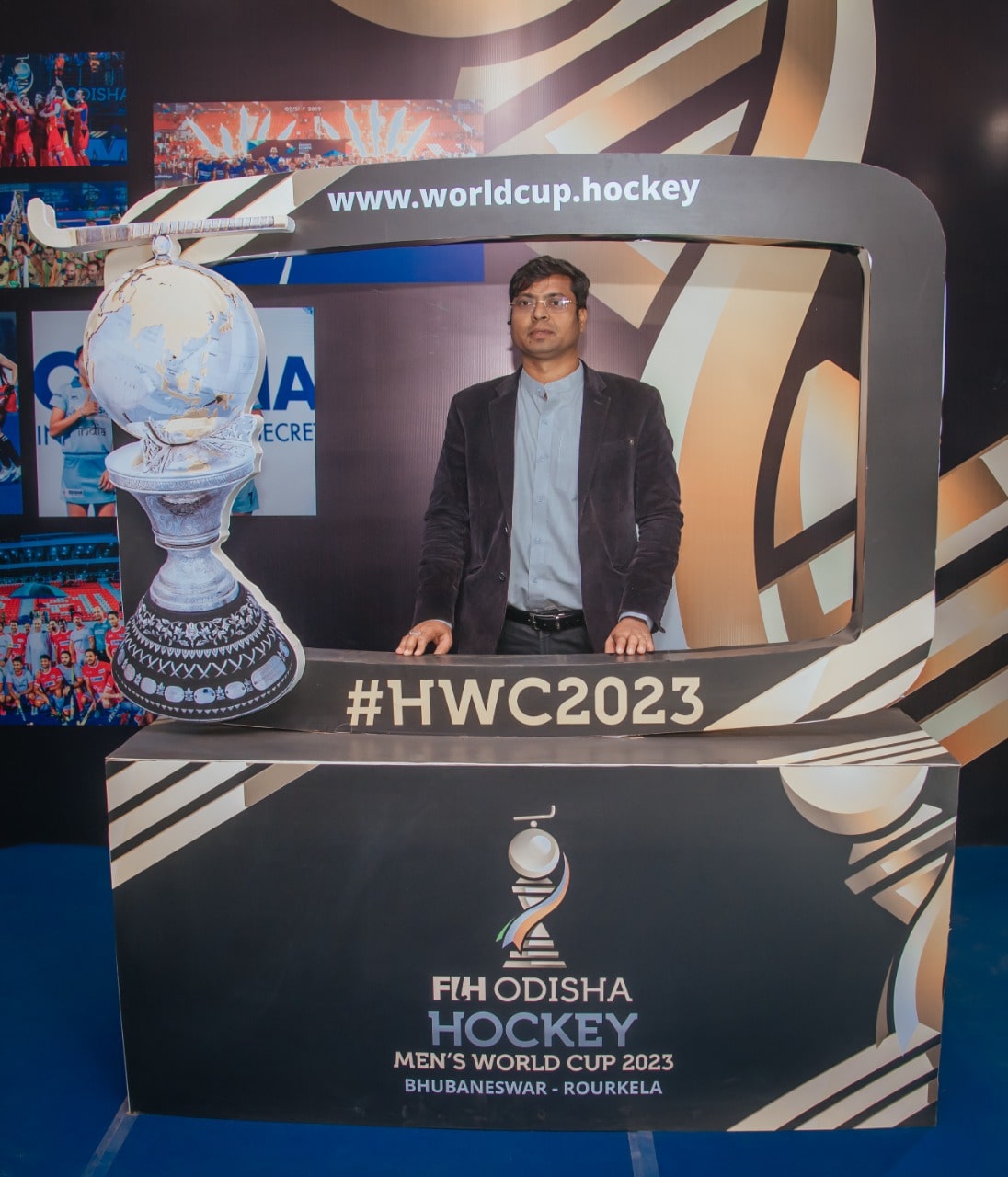 Hockey India president  Dilip Tirkey has exuded confidence that the national team will live up to the expectations of the fans and perform well in the upcoming  World Cup to be played at Bhubaneswar - Rourkela from 13th January.

The current  National  Team is a very confident unit and the performances they have been giving in recent years have made the fans really happy. I am confident that they will do well in the  World Cup   he said adding  " The Team have been improving steadily on all fronts, whether it be fitness or the technical aspects of the game."

Impressed by the steady and continued improvements over the years, Tirkey is optimistic that the  Team coached by Graham Reid will do well '“I want them to put their best foot forward and play with confidence. The team has quality players and I would like to join all of the hockey family in wishing the team all the very best for January.”

Taking part in Hockey India's Flashback Series - World Cup Special.  Dilip Tirkey,  the only Indian hockey player to earn over 400 international caps, admitted  that donning the Indian jersey was a childhood dream, and being part of the  Team at a Senior World Cup or the Olympic Games, was  the ultimate target

Among India’s most respected  Captain, part of three Senior Men’s World Cups and a Gold medallist at the 1998 Asian Games, Tirkey recalled his days as captain and ace defender of India's team     “I played my first World Cup in 1998. It was a matter of immense pride for me that I was part of the World Cup team. It was a great experience for me at that time. I remember, there was a bit of nervousness about how I would perform, alongside the seniors. I played all the games in that edition of the tournament, and it was a really nice experience for me,”.

A recipient of the Padma Shri Award in 2004, Tirkey before making his World Cup debut, a very talented defender had Captained the team in the  Champions Trophy in 1996 in Chennai. While that was one of the first major tournaments in which Tirkey led the team, he went on to Captain the national squad on many occasions.

“Captaining  India was a good experience no doubt, and we played some good hockey as well. I was Captain at an Olympics, World Cup and even an Asian Games, and it was definitely a very proud experience.”

A part of three Summer Olympic Games, and Captain at the Athens Games in 2004, Tirkey said that India’s games against Pakistan were among the most awaited. “Everyone keenly waited for the India vs Pakistan games. The tempo, pace and intensity in that contest are unmatched.

"We played Pakistan quite a few games, some we have won, while they took the honours on other occasions. And the competition between the two teams was quite tough at that time, because both sides had excellent players. And the fans would always tell us that we shouldn’t lose to Pakistan, so the pressure of the moment was quite high,” he narrated.

“The tension was always very high and the games were really close. The tickets for the India-Pakistan games were always the first ones to get sold out. And the stadiums were never not packed.”

Looking ahead to the upcoming  World Cup Tirkey hoped that not only the players but also the fans have a great time in his home state, which has always afforded the sport a lot of affection.