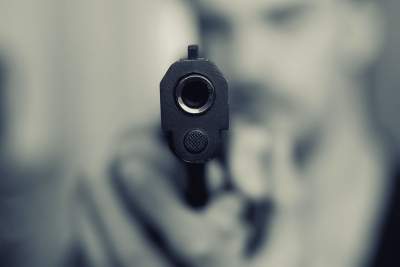 The husband of a woman who was shot dead on National Highway 16 near Howrah in West Bengal early on Wednesday morning claimed that he was a ‘film producer’.

Prakash Kumar, whose wife Riya was shot dead on National Highway 16 near Howrah in West Bengal early Wednesday morning, claimed that the incident took place at 6 a.m. while he was driving the car. He together with his wife Riya and their three-year-old daughter were going to Kolkata from Ranchi.

Riya Kumari, he claimed was an “actress” from Jharkhand. According to his statement given to the police, he stopped the vehicle near Mahishrekha bridge at Bagnan under the Uluberia sub-division of Howrah district to attend to nature's call.

Then, three miscreants with firearms approached them with the intention of robbing them of money and other valuables.

When the couple tried to resist, one of the miscreants shot at Riya from point-blank range and she immediately fell down bleeding profusely, he told the police. He reportedly took them to the hospital where she was declared dead.

In conversation with the police and media, Prakash Kumar described Riya as an actress and himself as a Film Producer.

Inquiry revealed that none of them had any status in Bollywood or any regional film industry.

However, while Riya appears on Facebook with less than two dozen followers, Prakash joined Twitter in May 2020 and had just 34 following and 2 followers.