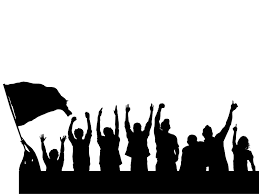 Hundreds of the Jain community members are up in arms against the Hemant Soren government. They held a countrywide massive protest on Sunday against the Soren-led Jharkhand government's decision of declaring Sammed Shikharji as a tourist place.

Notably, Sammed Shikharji, located at Parasnath Hills in Jharkhand, is a sacred pilgrimage site for the Jains. Delhi's India Gate, which draws tourists on January 1, saw a massive protest by the Jain community on Sunday.

As it is, the controversy over Sammed Shikharji has been building up for weeks after the Jharkhand government notified the pilgrimage site as a tourist destination.

The Vishva Hindu Parishad has issued a statement against the state government's decision and said the VHP is determined to protect the sanctity of all pilgrimage sites in India.

The area should be declared a holy area and there should not be any tourist activity involving meat and drugs, the VHP said in its statement.

Even the Jain community members who were protesting against the state government’s move to declare Sammed Shikharji as a tourist destination argue that if this was allowed, the site will attract tourists who will pave the way for the construction of hotels and restaurants serving non-vegetarian food to them.