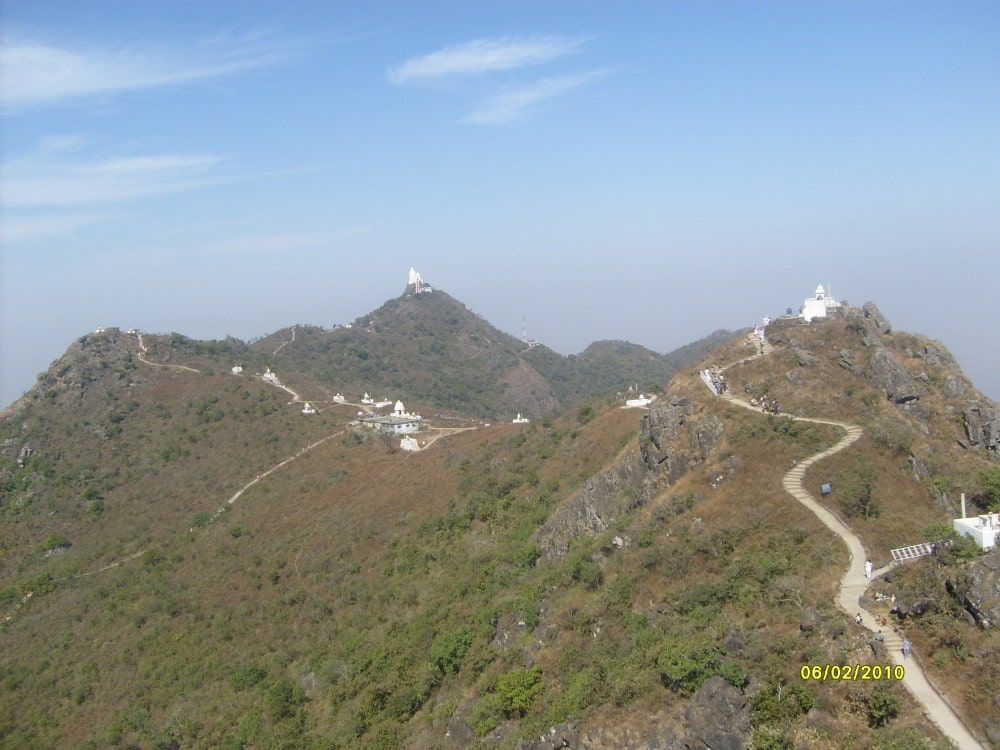 Notably, Shri Sammed Shikharji spread on top of the Parasnath hill is one of the holiest pilgrimage sites for Jains. And it is the most important Jain Tirtha( pilgrimage site) by both sects of Jains/ Digambara and Svetambara, for it is the place where twenty of the twenty- four Jain Tirthankaras( Supreme preachers of Dharma) along with many other monks attained Moksha( read freedom from Samsara, the cycle of death and rebirth).

Historically, archaeological evidences indicate the presence of Jains on Parasnath hill to at least 1500 BCE. The earliest literary defence to Shikharji as a tirth( place of pilgrimage) is found in the Jnatrdharmakatha,one of the twelve core texts of Jainism compiled in 6 th century BCE by Chief disciple of Bhagwan Mahavir(6th century BCE).

Late in the last and current century till BJP led by PM Narendra Modi came to power, some parts of the Shri Sammed Shikharji and Parasnath hill were declared as Maoists. Due primarily to the anti-Left Wing Ultra policy followed and implemented successfully by the Modi government, security forces had established their foothold there. It was welcomed by many Jain pilgrims, though ultra-left-wing supporters, many of whom were either tribals or hailed from Bihar, Odisha and West Bengal, were opposed to this development.

Everybody knows most members of the Jain community were businessmen. Many of them were rich and hailed from far-flung areas in India and abroad.

Against this background, the above tribal leaders have announced that “ thousands” of tribals will gather at Parasnath hill to get their demands fulfilled. They made this announcement in a press conference in Ranchi on Friday.

None other than three were well known in public. They were:

1. Salkhan Murmu.He is known as a social-political activist; founder and head of the Jharkhand Disom Party; MP in the 12 and 13th Lok Sabha from the Mayurbhanj constituency in Odisha during the Atal Behari Vajpayee government.

2. Naresh Kumar Murmu: He claims to lead an “International Santal Council”, Dishom Jaher, Karandih, Jamshedpur. Under the name of this body, four videos are visible on YouTube since 2017. None of these videos was viewed in four digits. His name does not figure in mainstream social media either.

3. Lobin Hembrom: He is a member of the ruling Jharkhand Mukti Morcha; it’s MLA from the Borio constituency in Sahebgunj in 2009 and 2019.

What are they saying?

*Lobin Hembram:“Injustice has been meted out to us… thousands will assemble at Parasnath on January 10. We will under no circumstances allow the Centre to favour Jains. The site is our ‘Marang Buru’ from time immemorial”.

Naresh Kumar Murmu:” “There will be a revolt in five states if the government fails to free Marang Buru from the clutches of Jains. We want the government to take steps based on documentation…The 1956 gazette mentions it as `Marang Buru’ (hill deity or supreme source of power)… The Jain community had lost a legal battle for Parasnath in the past.”

Their move comes at a time when the Centre had stayed all tourism activities even as JMM leader and CM Hemant Soren led government had decided to promote tourism at the Parasnath hills.

And, Jains across the country had demanded scrapping of a 2019 Jharkhand government notification designating Parasnath hills as a tourist place, fearing this would lead to an influx of travellers who may consume non-vegetarian food and liquor at their holy site.

Though CM Soren had written a letter to the concerned authority of the Centre in support of the Jain community’s demand, he had not withdrawn its notification declaring Shri Sammed Shikharjee - Parasnath hill as a tourist site.

In any case, the ruling JMM has made its stand clear as its chief spokesperson Supriyo Bhattacharya on Friday alleged that “the controversy” was “a pre-planned strategy of the BJP.”