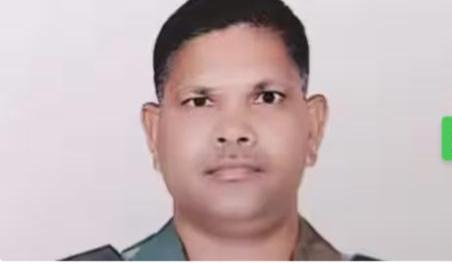 Budhesheari Devi is undergoing treatment at Sadar hospital in Gumla. She was admitted with her husband Parna Oraon, a jawan of the Indian Army, late Wednesday night.

They were residents of Khora Jamatoli under the Sadar police station area of Gumla. Paran was a popular and friendly jawan, say their neighbours.

Oraon who was declared dead at the hospital due to excessive bleeding and injuries caused by multiple stabbings in his body had come home on leave on January 5.

When contacted Devi said she together with her three-year-old baby and husband Paran Oraon were getting ready to sleep on January 11 night when 4-5 unknown men forced open the door of the house and started stabbing him.

“When I tried to save him, they tried to stab me on my head. I turned unconscious. When I regained consciousness, I rang up my neighbour who is my relative.”, said Devi.

They were brought to Sadar hospital where jawan Oraon was declared dead. The cause of jawan’s death due to stabbing was being investigated by the police.No arrest was made by the police so far.