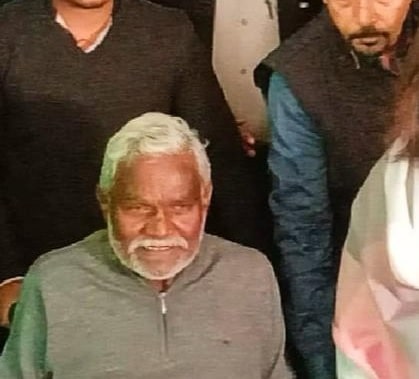 A day before Jharkhand CM Hemant Soren is slated to kick start the second part of his Khatiyan Johar yatra from Koderma on Tuesday, his colleague and Minister Champai Soren have been admitted at Chennai hospital.

Champai Soren has been ailing for the past week. He was airlifted and brought to Chennai hospital from Jamshedpur.

Champai Soren, who is ruling party JMM leader and Transport Minister, was admitted at Tata Medical College Hospital on his complaint of “ cold and cough” on Saturday. Since his condition deteriorated, doctors referred him to be diagnosed in Chennai.

In presence of senior officials including East Singhbhum Deputy Commissioner, Minister Champai Soren was airlifted from Jamshedpur. He was accompanied by his son.