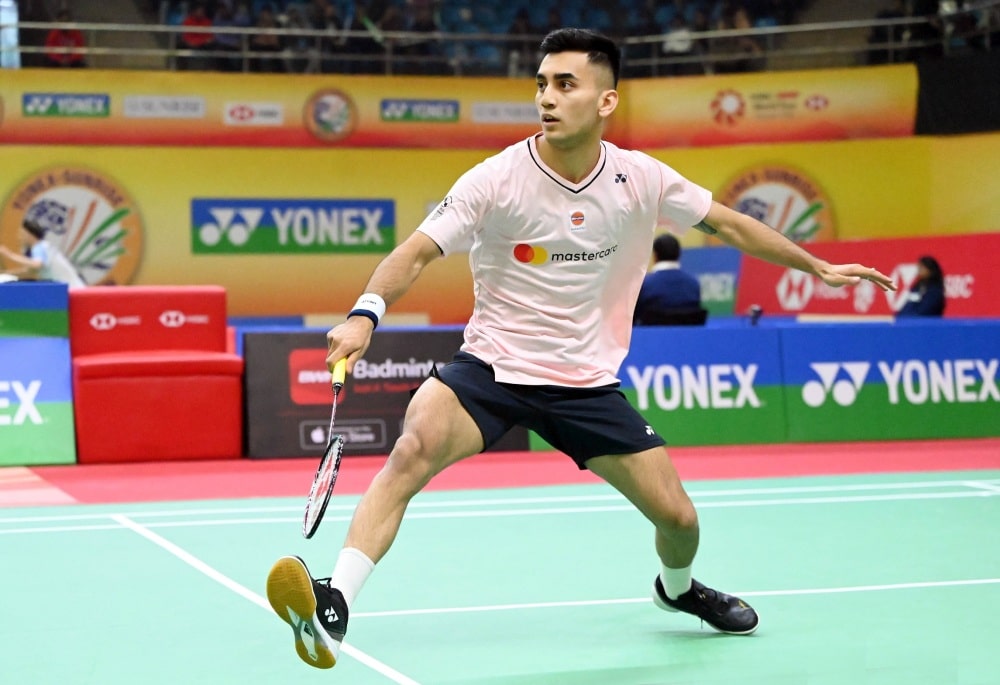 *India's Lakshya Sen in action during the men's singles Round-of-16 match of the Yonex-Sunrise India Open 2023 at the Indira Gandhi Indoor Stadium in New Delhi on Thursday, January 19, 2023

Later, the Indian challenge in doubles events came to an end with defending champions Satwiksairaj Rankireddy and Chirag Shetty giving a walkover in their second-round match due to an injury to the former while the men’s doubles combination of Vishnuvardhan Goud and Krishna Prasad and women’s doubles pairing of Tressa Jolly and Gayatri Gopichand going down against their higher ranked opponents.

Treesa and Gayatri saved four match points but could not avoid a 21-9, 21-16 loss against sixth seeds Zhang Shu Xian and Zheng Yu of China while Krishna and Vishuvardhan lost to China’s Liang Wei Keng and Wang Chang 14-21, 10-21.

Sen won the opening game but Gemke fought back by engaging the Indian in long rallies to win 16-21, 21-15, 21-18 in the HSBC-BWF World Tour Super 750 event, organised by the Badminton Association of India.

The second-round clash between Sen and Gemke kept the spectators glued to their seats in the decider as Sen fought back from 8-14 deficit to make it 13-14. The two players then engaged in energy-sapping rallies, one even extending to 69 shots.

It, however, ended in heartbreak for the Indian as he hit a net tap long to hand victory to Gemke after an hour and 21 minutes battle.

Also advancing to the next round were fourth seed Jonatan Christie of Indonesia, third seed Loh Kean Yew of Singapore and fifth seed Chou Tien Chen of Chinese Taipei in men’s singles and top seed Akane Yamaguchi of Japan, Spaniard Carolina Marin and He Bingjiao of China in women’s singles.