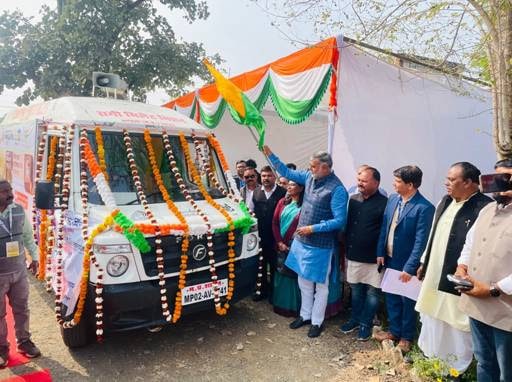 The answer lies in this article. All health-conscious citizens and victims of diabetes should not only promote the cultivation of millets but are advised to consume millets for their safe and healthy life.

A prime question is what is millet called?

The most popular Indian millet is the Pearl millet called Bajra in Hindi and the second most widely grown millet in India is foxtail millet, called Kangni or Kakum in Hindi. Other popular millets are Sorghum, called Jowar, and Finger millet called Ragi or Nachni in Hindi.

In the wake of the United Nations General Assembly declaring 2023 as the International Year of Millets, the Ministry of Food Processing Industries is hosting Millets Mahotsav across 20 States and 30 Districts in the country. The move aims to create awareness about the nutritional benefits, value addition, consumption, and export potential of millet.

The series of events under Millets Mahotsav commenced from Mandla, Madhya Pradesh on 21-22 January 2023. Mandla is the hub of production of the Kodo and Kutki Millet which has also been identified as the One District One Product (ODOP) under the Pradhan Mantri Formalisation of Micro food processing Enterprises (PMFME) Scheme launched by the Ministry of Food Processing Industries, Government of India. During his inaugural address, Shri Prahlad Singh Patel touched upon the importance of millets and the immense market potential for millet-based value-added products. He informed the stakeholders about the various initiatives undertaken by the Ministry of Food Processing Industries to support the food processing sector and cited the role of the PMFME Scheme in empowering micro-food processing enterprises by providing financial, technical and business support across the value chain.

The two-day event was aimed at bringing all the stakeholders of the food processing sector. The special focus is to put millets on a common platform and encompassed a wide range of activities like the exhibition and sale of various millet-based products. The exhibition focused on various Millet-based products such as flour, pasta, vermicelli, suji, and ready-to-eat snacks along with showcasing processing machinery. The products were also open for sale, providing a great opportunity for the micro-entrepreneurs to not only participate in technical sessions but also generate revenue and forge partnerships for stronger market reach. In addition to the MilletsMahotsav, a mega-food event is also being organized by the Ministry from 3rdto 5thNov 2023 in New Delhi to provide a unique platform to all stakeholders i.e. producers, food processors, equipment manufacturers, logistics players, cold chain players, technology providers, academia, start-up & innovators, food retailers, etc. to interact and have a dialogue.

The event is slated to be the biggest-ever congregation of dignitaries, global investors and business leaders of major global and domestic food companies which would put India firmly on the global food landscape.

Being grown in more than 130 countries, Millets are considered traditional food for more than half a billion people across Asia and Africa. Millets are important by the virtue of their mammoth potential to generate livelihoods, increase farmers’ income and ensure food & nutritional security all over the world.

India is one of the leading producers of millets in the world with an estimated share of around 41 percent in global production. Recognizing the enormous potential of Millets, which also aligns with several UN Sustainable Development Goals (SDGs), the Government of India (GoI) has prioritized Millets.