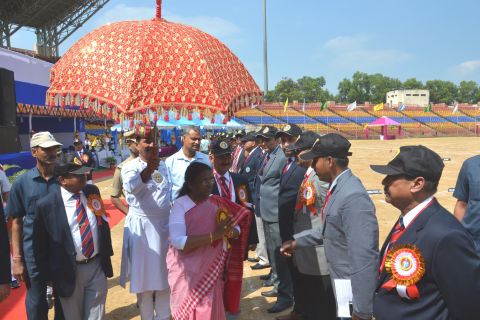 Incidentally,Jharkhand police had organised the First All India Police Archery Championship in 2012 at the same site four years ago.

The tournament is being participated by cops from across the country.While inaugurating the competitive event,Governor Murmu said that this competitive tournament provides opportunity to police personnel to show their talents.

The 5th All India Police Archery Championship-2016 being participated by nearly 300 candidates belonging to the police and security forces from 23 states and Union Territories in India, is slated to continue till October 23.