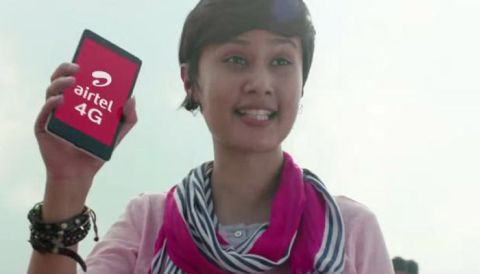 After Mukesh Ambani-led Reliance Jio Infocomm launched its 4G services,rival companies such as Bharti Airtel,India’s biggest cellphone carrier, plans to ramp up its 4G presence to touch at least 100 cities by the year-end.

These cities expected to cover Ranchi,jamshedpur,Dhanbad and Jamshedpur of Jharkhand.In fact,to make a begining,the Airtel on Wednesday expanded its 4 G service across Madhya Pradesh.,

This information was provided to mediapersons in Bhopal by telecom Major Airtel on Wednesday when the company launched its 4 G services in Bhopal,Raisen and Vidisha districts.

“In an industry first,Airtel 4G has been rolled out on 10 MHz of spectrum in 1,800 MHz band.This will help deliver a superior mobile broadband experience to our customers”,said Bharti Airtel Ltd Chief Executive Officer(madhya Pradesh and Chattissgarh)Dharmender Khajuria.