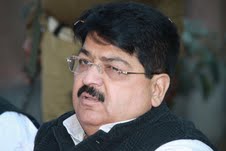 Jharkhand high court has issued a fresh order on January 22, 2013 to the State of Jharkhand to submit the effective progress report in July 2013 in the matter of construction of G+3 buildings sought to be constructed for rehabilitating displaced persons of Islamnagar.

Also,the has ordered the State to ensure the completion of work expeditiously as well as making the accommodation available to the displaced persons without any delay.

“The order has come as a respite and I welcome the stand taken by the court of law in favor of aggrieved people’,said Rajya Sabha member Mr. Parimal Nathwani.