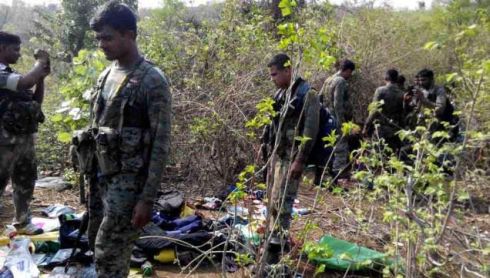 Security forces on Monday recovered a bag packed with a couple of countrymade guns,one revolver,an IED bomb and Maoists literature from a remote area under Topchachi police station in Dhanbad.

The IED bob was defused,weapons and the Maoist literature seized.

The recovery was made during the patrolling launched by the security forces in Topchachi areas of Dhanbad district in Jharkhand on Monday morning.

“When our eyes centred around one forest belt,we noticed that a bag was lying there.When we got it opened,we learnt that this was hidden by the Maoists to carry out a crime”,said a police Sub Inspector on condition of anonimity.