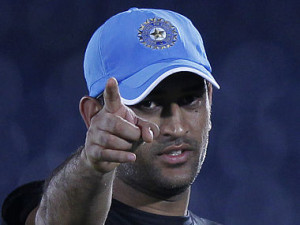 Dhoni, the Indian limited-overs captain,is learnt to be getting ready to mentor players in Jharkhand who will take part in the All India Buchi Babu Invitation Tournament starting in Chennai on August 5.

If this happens,it is set to be Dhoni’s first official assignment as a mentor.So far he was a good human,a world class cricketer,a great motivator and excellent strategist.

“Dhoni will be mentoring Jharkhand in the tournament and is likely to arrive in Chennai on August 10. He will not be playing though,” K.S. Viswanathan, the Tamil Nadu Cricket Association (TNCA) secretary, said on Wednesday (August 3).

Dhoni,35-year-old will look to get some valuable practice with the Jharkhand boys and get into the groove of things.He hasn’t played any competitive cricket since captaining an inexperienced Indian team for three One-Day Internationals and Twenty20 Internationals on the tour of Zimbabwe in June.