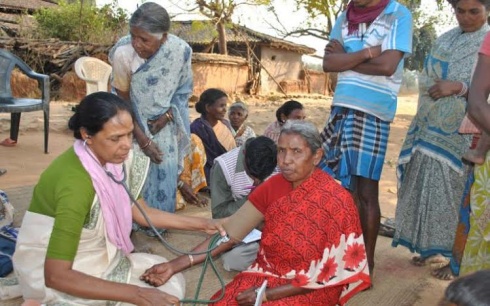 Yet again a woman lost her life in Jharkhand.The incident took place in Chaibasa in West Singhbhum district of Jharkhand where a 30-year-old woman was allegedly killed on suspicion of practicing witchcraft,report said.

The police have arrested three men in connection with the crime. Report reaching Ranchi said that while the police was coming to the village to pick up the body of the victim on Monday, the family members of the accused pelted stones injuring a police outpost in-charge.

The incident had come to light when Sadho Purti, a resident of Dara village under Tantnagar police station, approached the police on Monday alleging that his wife was missing since July 26.

Reports said that the police have registered a case and inquired the whereabouts of Sarita from their children. They are learnt to have informed the police that their mother had gone to the house of one Budan Singh Tiyu (28) in the village to celebrate Horo, a tribal festival, on July 26 and did not return after then.

The police picked up Budan, who allegedly confessed to the murder of Sarita. He also revealed the name of two other accused – Hudang alias Uttam Purti (40) and Gaaya Kunkal (45).