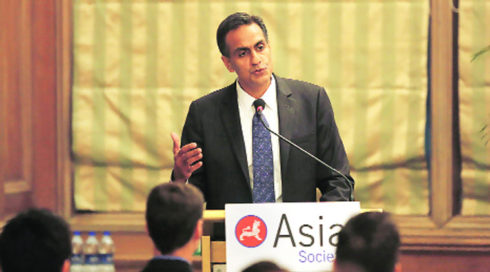 U.S. Ambassador to India Richard R. Verma visited the Sai Hospital in Mumbai’s Dharavi slum yesterday to learn about the U.S. Agency for International Development (USAID)’s support to test and diagnose HIV in patients suffering from tuberculosis (TB), and to demonstrate the U.S. commitment to fight TB and HIV in India.

In India, approximately 50 percent of deaths in HIV patients are due to TB, reinforcing the need to prevent, care and treat HIV and TB as co-infections.

During Ambassador Verma’s visit, he met with doctors, local health care workers, and patients to discuss the magnitude of TB and HIV’s burden among the vulnerable poor in India.

“Meeting with patients today who are suffering from both TB and HIV emphasizes the critical need to diagnose and treat both of these diseases simultaneously, and bring our resources to bear so that we can together achieve a TB-free India,” said Ambassador Verma.