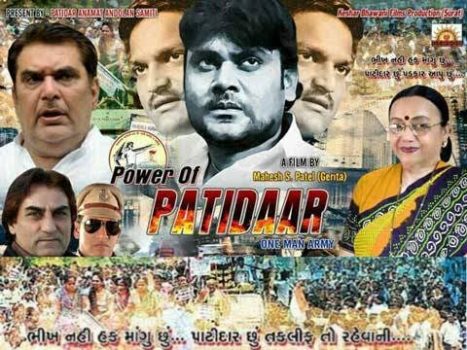 The top story from Mumbai is on the controversial film-‘Power of Patidar’.The Film Censor Board has struck against it,claimed a report.

The FCB has refused to allow release of the Gujarati film based on the current reservation agitation by Patels in Gujarat.

The producer of the film Dipak Soni has criticised the the board saying that it had verbally communicated to him that the film could not be released.

However,he said that he had not yet received any written order from FCB.He claimed that the film was screened specially for the board members on July 22 after which some of them communicated its decision that it could not allow the release of the film.

It is learnt that the board had raised objections against the film showing real depictions of some of the leaders and other characters of the current reservation agitation in the film.