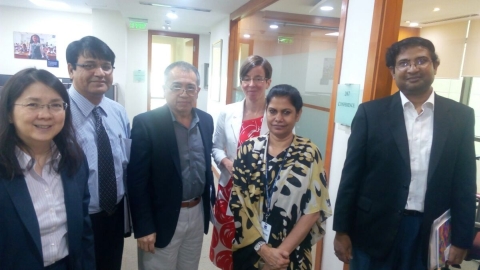 Jharkhand Chief Secretary Raj Bala Verma on Friday held a meeting with the Union government officials and discussed issues connected with reforms in the Vision Document-2015-30.

A decision taken in this meeting centred around preparing the Detail Project Report on ‘Eco Tourism.’The Secretary(Tourism) Vinod Zutshi is learnt to have approved this decision.

Another decision taken in this meeting was to light up the areas falling in the jurisdiction of municipal corporation with LED lights and extend it to panchayat areas.

More,a discussion took place between the CS and NHAI chairman on construction of bridge in the river Ganga.

The tourism areas identified to be developed in Jharkhand were :Parasnath,Anjanidham,Devghar,Basukin ath,Maluti,Bansidhar Mandir in Garhwa.