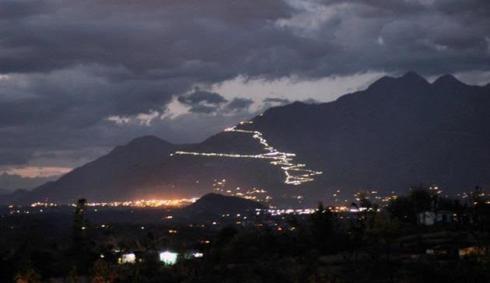 Representational Picture Credit-flickr courtesy indiatravelblog.com shows Parasnath Hill in Giridih,Jain Pilgrimage site believed to be the place where as many as 22 of the 24 Tirthakaras along with many other jain saints attained Moksha,according to Nirvana Kanda and other holy texts of the Jains

Believe it or not, around 2.3 crore foreign tourists arrived in India in 2015.

The lowest in the list of states was Madhya Pradesh where 8.5 percent foreign tourists during the same period,according to the same source.