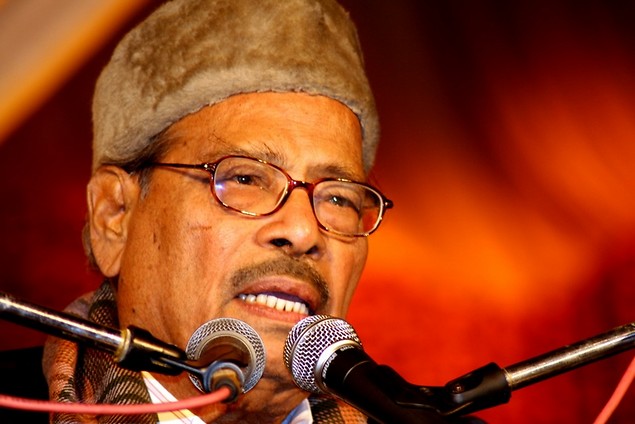 Play back singer Manna Dey is dead.He breathed his last this morning at a private hospital in Bangalore.

Reports said Dey was admitted at a hospital where end came around 3.50 am. “He died due to multi organ failure,” a report quoting ‘sources’ said.

Dey(94) had been admitted to the hospital due to age related complications.

The singer’s body will be kept in state at Ravindra Kalakshetra in Bangalore till noon on Thursday to facilitate his admirers, well wishers and fans to pay their last respects.
Music lovers and Bollywood paid tributes to him.

Some celebrities tweeted in his memories.Among them and their tweets are as follows:
*Shabana Azmi: Manna Dey had a unique voice. He will live on through his songs Ai Meri Zohra Jabeen/ dil ka haal suney dilwala/ poocho na kaise maine RIP.