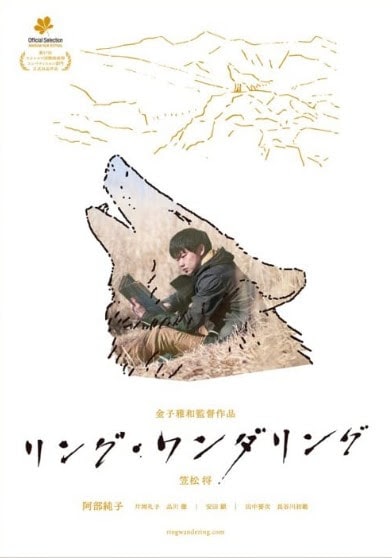 A day labourer and aspiring manga artist in search of bones which he believes will help him complete his piece of art ends up unearthing forgotten war-time memories buried deep under the collective consciousness of the nation and its shared history. Japanese film Ring Wandering by Director Masakazu Kaneko, an ode to the thousands of souls whose bodies as well as memories were enshrouded in a forgotten past, has bagged the coveted Golden Peacock Award, at the 52nd edition of the International Film Festival of India.

Expressing their commendation for the film, the International Competition Jury of the festival has described the 2021 film Ringu Wandaringu as a beautifully photographed combination of fantasy and manga-inspired reality, reflecting a fascination with the echoes of the past reverberating in present-day Japanese society. The jury notes that the narration of the complex, multidimensional and tormentous trauma of the nation has been very subtly handled by both the direction and the performances, making the film a delightfully rewarding experience.

Though seeking to bring war-time memories to life, the film is not a war film; rather, it is centred on human relationships and exhorts us to think beyond the limits of what is readily comprehensible to us. Read more Here. 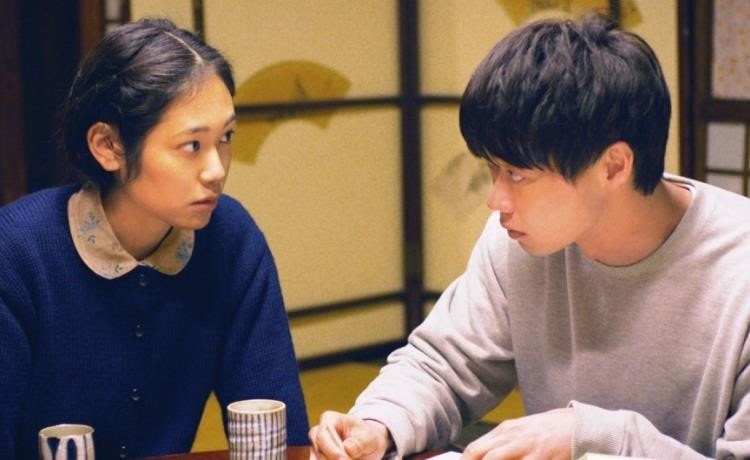 “Saving One Who Is Dead: a very masterful and confidently envisioned visual tale of a mother and son caught in a twilight imagining of life and death”

Czech Director Václav Kadrnka’s Saving One Who Is Dead, a Czech film which holds out a candle of hope even amidst the winter of hopelessness, has been selected for the honour of the IFFI 52 Silver Peacock for the Best Director. Inspired by the near-death experience of the Director’s father who falls into a coma, Zpráva o záchrane mrtvého invites viewers on a spiritual journey, to places man is seldom permitted to enter. To places where life huddles up tightly to death and only the resurrected can return.

The jury has praised the film to be a very masterful and confidently envisioned visual tale of a mother and son caught in a twilight which conjures imaginations of life and death, where each portrait-style frame is composed and performed with telling details. Read more Here. 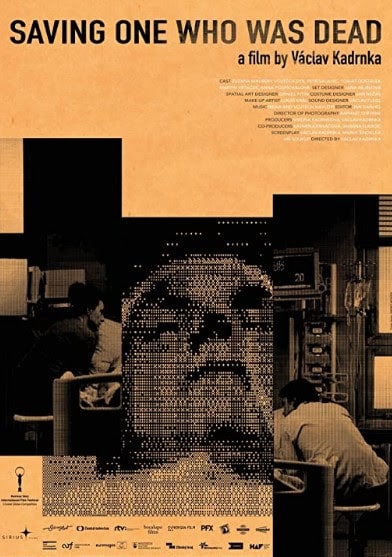 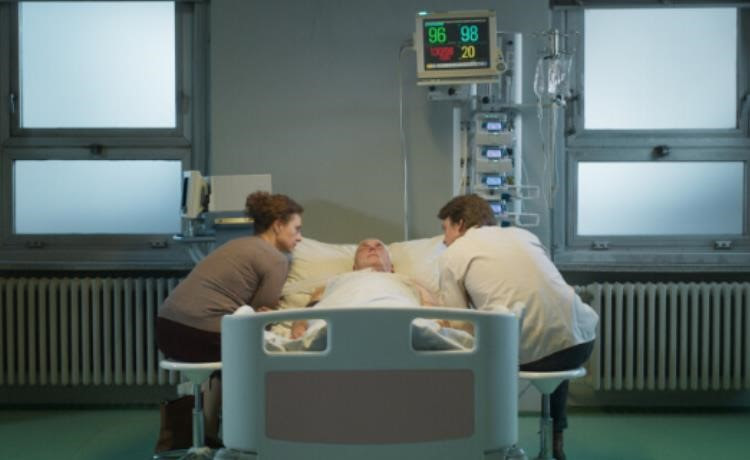 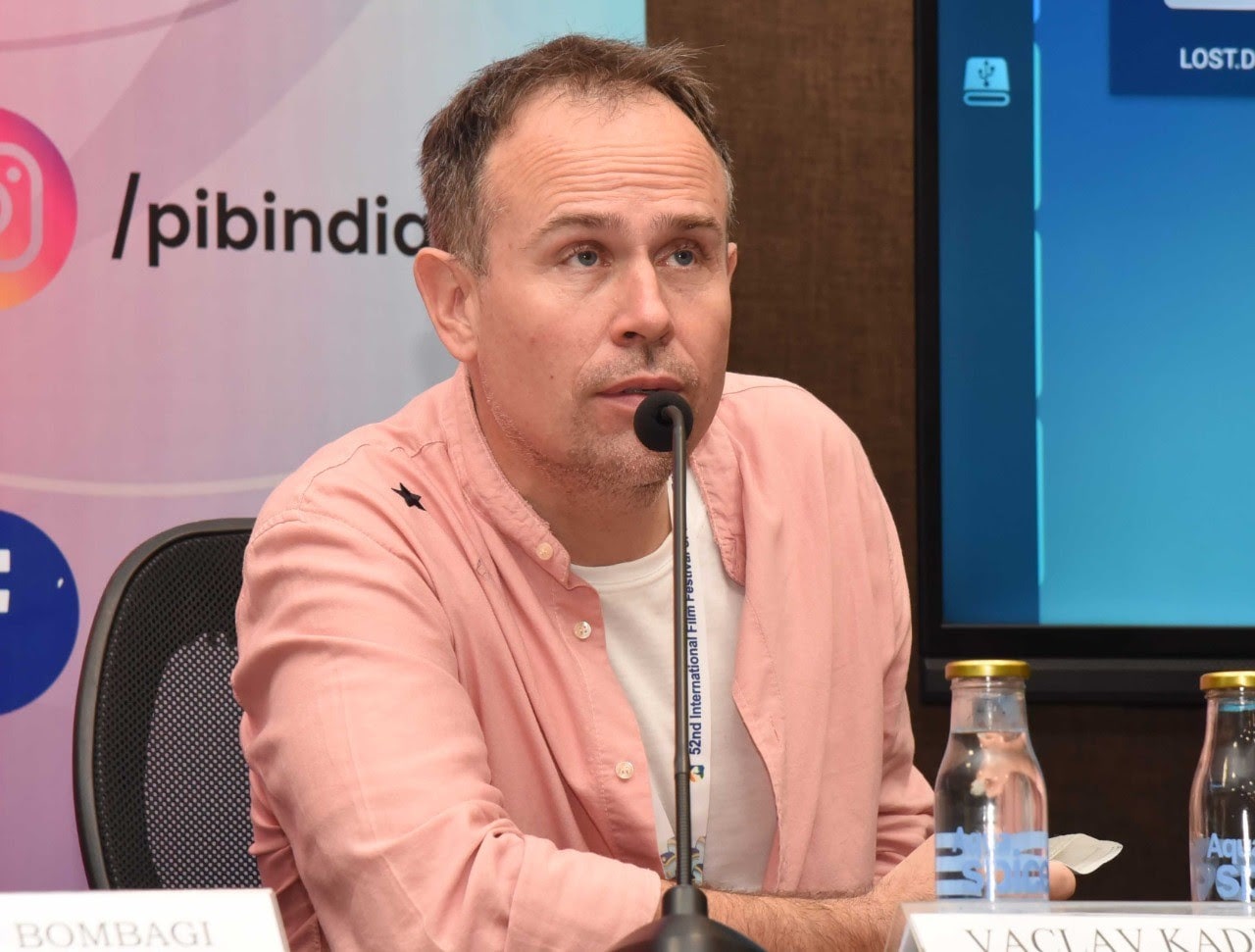 Kadrnka receives the Silver Peacock, a certificate and a cash prize of Rs. 15 lakh.

Indian and Marathi Actor Jitendra Bhikulal Joshi receives Silver Peacock for Best Actor (Male), for portraying Late Marathi actor and filmmaker Nishikant Kamat in Godavari; “his brilliant performance made it flow like a river from his rage to tears”

The masterful way in which Marathi actor Jitendra Bhikulal Joshi has played the complex role of Nishikant Kamat, in Director Nikhil Mahajan’s Godavari has earned him the Silver Peacock Award for Best Actor (Male). The film summons viewers to join the spiritual journey of landlord Kamat, whose encounter with his own impending death takes him along a deep philosophical exploration of life and death. Coming to know of his impending death, the lead

The International Jury notes that the troubled Nishikant’s fiery-eyed portrayal is engaging and mournful. Although his character is quite complex, his brilliant performance made it flow like a river from his rage to tears, commends the jury. 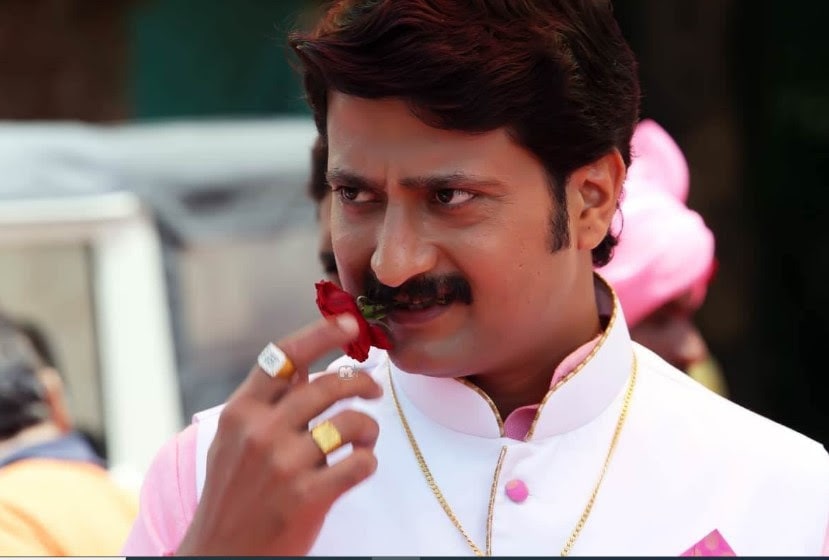 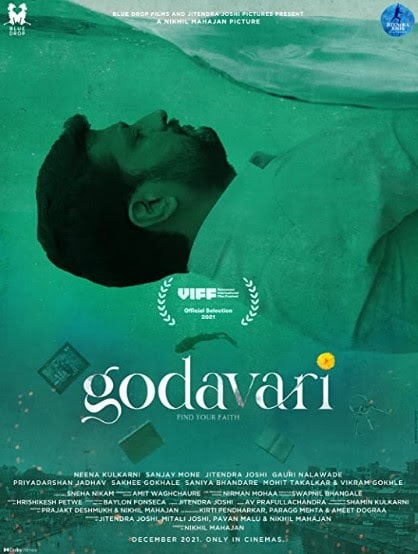 Joshi receives the Silver Peacock, a certificate and a cash prize of Rs. 10 lakh.

Silver Peacock for Best Actor (Female) goes to Spanish Actor Angela Molina for her role as Charlotte, a captivating performance which elicits sympathy and frustration in equal measure

IFFI 52 has conferred the Silver Peacock for Best Actor (Female) to Angela Molina, the grande dame of Spanish cinema. Molina receives the award for her lead role in Director Simon Franco’s eponymous film Charlotte, in which she depicts the surreal role of the yesteryear actress, who undertakes a quixotic and life-changing journey to weave her past with the present in the quest to craft a future of her dreams.

In its citation, the jury observes that Angela Molina is playing a character who as an aged Diva, is both manipulative and insecure. “She gives a performance that elicits sympathy and frustration in equal measure and has a beguiling on-camera presence that captivated all of the jurors.” 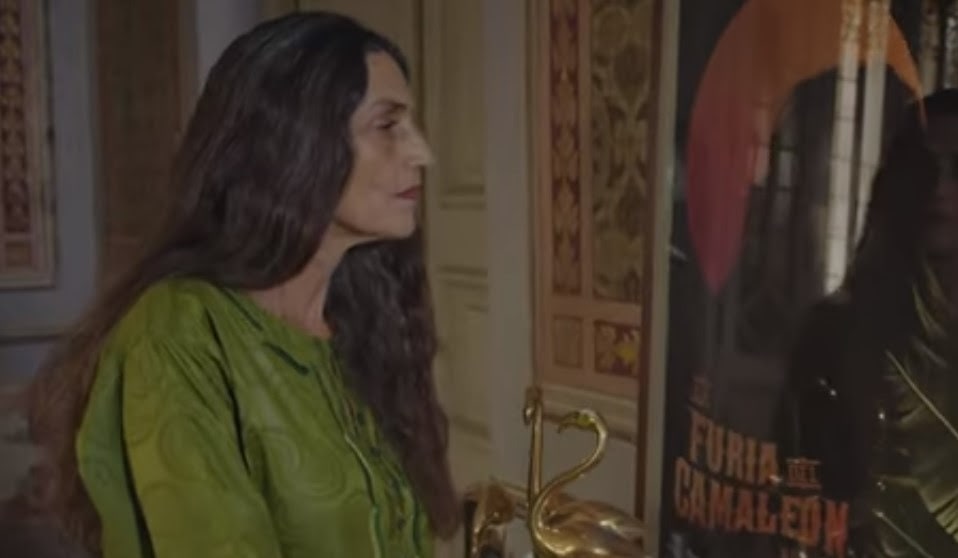 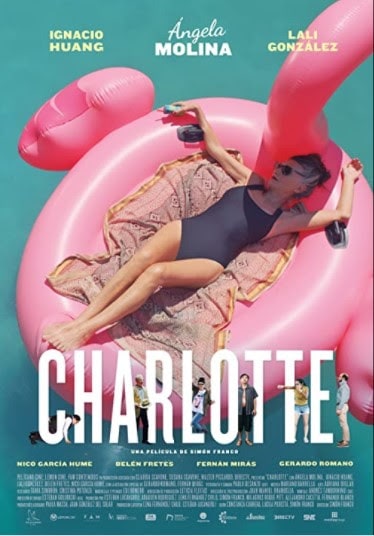 Molina receives the Silver Peacock, a certificate and a cash prize of Rs. 10 lakh.

“Godavari is an unbelievable metaphoric depiction of the mighty river”

Nikhil Mahajan’s Godavari tells the story of one man’s philosophical quest to preserve age-old traditions and culture, inspired and triggered by his relationship with the river Godavari. Here is how the jury has characterized the film, which aims to provide posterity with a snapshot of the situation of the river in the year 2020. “Godavari is an unbelievable metaphoric depiction of mighty river Godavari, how in changing time, rivers can become filthy.” The protagonist experiences fury and inner turmoil, reflecting on the extent of pollution in the holy river, which makes its water unsafe for drinking. The inner state of the lead character is depicted in a very powerful way through his own life-changing events, notes the jury. Read more Here. 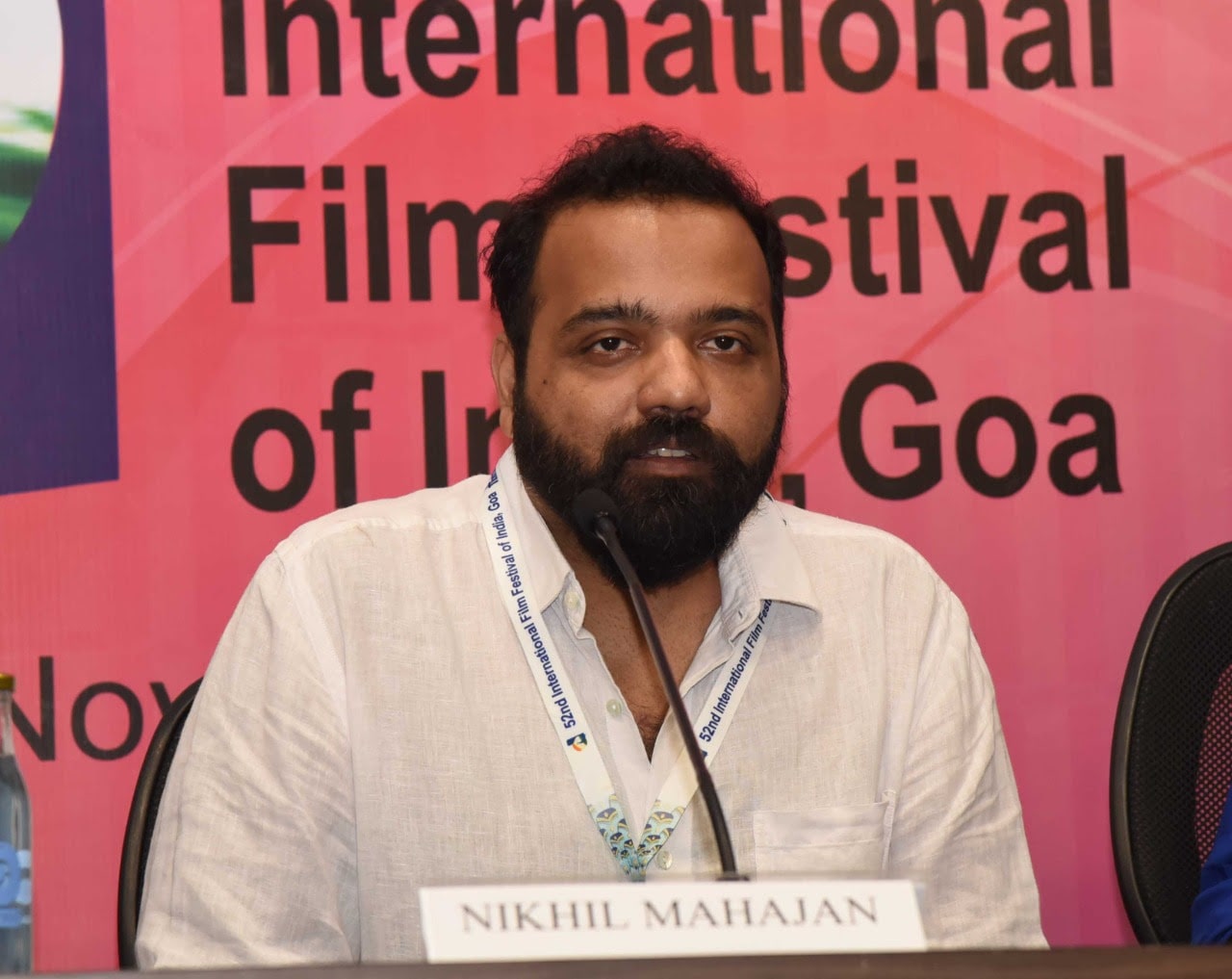 The First Fallen is Director Rodrigo de Oliveira’s passionate and courageous attempt to chronicle the untold stories of suffering and discrimination suffered by the sexual minorities in 1980s Brazil, shares. The film is a portrait of the past that is at once long gone as well as very current. Brazilian actress and assistant director has received the Special Jury Award for her contribution to the film, which according to the jury, is “beyond just performance”. The jury commends her for making the complications of the situation and time of the society very authentic. Read more Here. 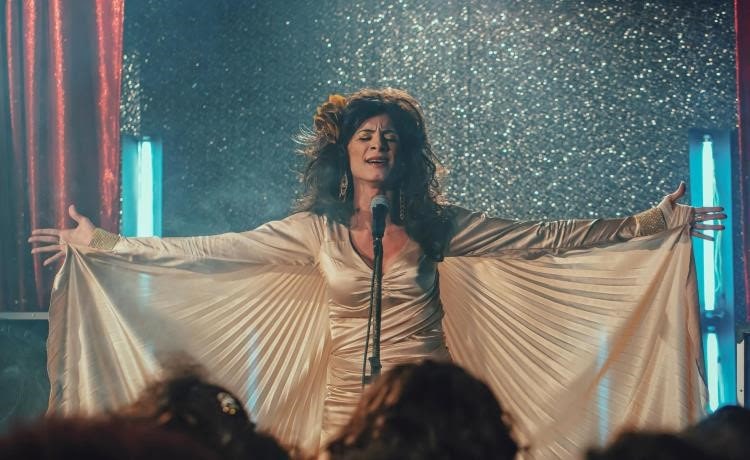 Russian film The DORM / Obschaga by Director Roman Vasyanov, which brings out the travails of a group of friends who yearn to live a dignified life despite the corrupt system and people running their student dorm, has received a Special Mention from the International Competition Jury. The jury finds The Dorm, set in the erstwhile USSR of 1984, to have been well-narrated, depicting the complicated and corrupted society through the eyes of a few young people living in a university complex. 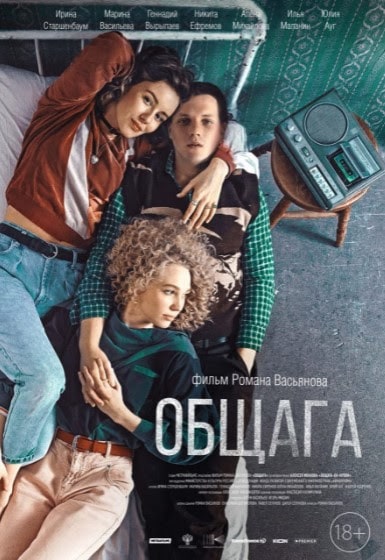 Director Mari Alessandrini’s Zahorí, the story of an intrepid young girl who revolts against school and parents in order to realize her dream of independence, has bagged the IFFI 52 Award for Best Debut Feature Film of a Director. This is what the jury observes about the film. “Zohari is the name of the horse who yearns to be wild and free in this beautifully photographed film that captures the spirit of a rebellious child. Serious but sometimes witty and satirical, the debut director’s film lampoons religion and colonisation and gives respect to the organic indigenous people in an elegant and visually intelligent way.”

“The Wealth of the World, shot like a surreal reflection on the futility of war, is an astonishing experience”

An 1814 story about the homecoming of a militia peasant and a fellow soldier, from the trenches of Chile’s war for independence has received creditable attention from the jury. Spanish film The Wealth of the World / La Riqueza del Mundoby debut director and actor Simon Farriol has received Special Mention from the Jury in the Debut Feature Film Competition Category. The jury remarks that the film has been shot like a surreal Dali-inspired reflection on the futility of war. The debut film La Riqueza del Mundo is an astonishing experience, adds the jury.

The International Competition Jury Chairperson and Iranian filmmaker Rakhshān Banietemad has said that it was an amazing experience for the team to judge films drawn from a variety of different countries. Does the film have the power to move the audience and touch them deeply? Does it surprise them? Does it open up new dimensions or concepts of our shared human condition? Does it express the story effectively by effectively using the tools of the medium and the artistic merits, irrespective of the subjects the film deals with? These are some of the hallmarks against which the crème de la crème of international cinema has been chosen by the renowned members of the jury, as conveyed by Colombian Film Director and jury member Ciro Guerra.

The awards have been announced at the closing ceremony of the festival, held in Goa today, November 28, 2021.