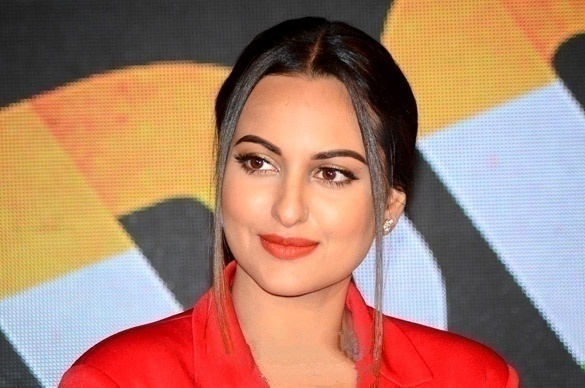 You like her or not,you cann’t stop her dance.Sonakshi Sinha is so fond of him that in the song “Go, go Govinda”,had to raise the bar to keep up with dance guru Prabhu Deva.So she said:”When Prabhu sir is around, it’s a whole different ball game.”She further said that when he is choreographing, it’s perfectly fine as he is there to guide you and tell you what one should do.”And when he is dancing with you”,she says “he’s such a good dancer, you have to raise the bar automatically.”

The actress has done this guest appearance for Akshay Kumar’s starrer “Oh My God”.The dance steps with Prabhu Deva were very tough for her,she admitted.”The most difficult steps I have attempted ever in my life. It was very difficult for me but had to do really well.”

She made it clear that she enjoyed the song.

”To tell you the truth,it has been quite a while since I had such a blast and the song is so upbeat, it’s so catchy, it’s like anytime you hear it, your foot starts tapping. That’s why I was attracted to that.I have a very tapori sense of music”,said Sonaksh