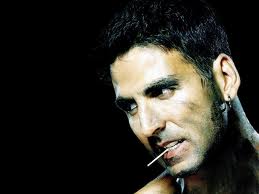 Himesh Reshammiya and Rakesh Upadhyay who earned name for themselves by releasing comic romp Khiladi 786 has secured the remake rights of the biggest hit in Punjabi cinema-Jatt & Juliet.

The reports suggest that Akshay Kumar is going to play the lead role with the all-time blockbuster of a Punjabi romance king Diljit Dosanjh and Neeru Bajwa as a rustic Punjabi and a sophisticated fashion designer.

For quite sometime,the Punjabi film has been waiting for a Bollywood script.So the news afloat is that after Khiladi 786, Reshammiya and Upadhyay have come together to produce Jatt & Juliet in Hindi.

The film would be directed by Anurag Singh who had directed the Punjabi smash.What is noteworthy is another development.Himesh and Rakesh Upadhyay are here to continue producing films together.