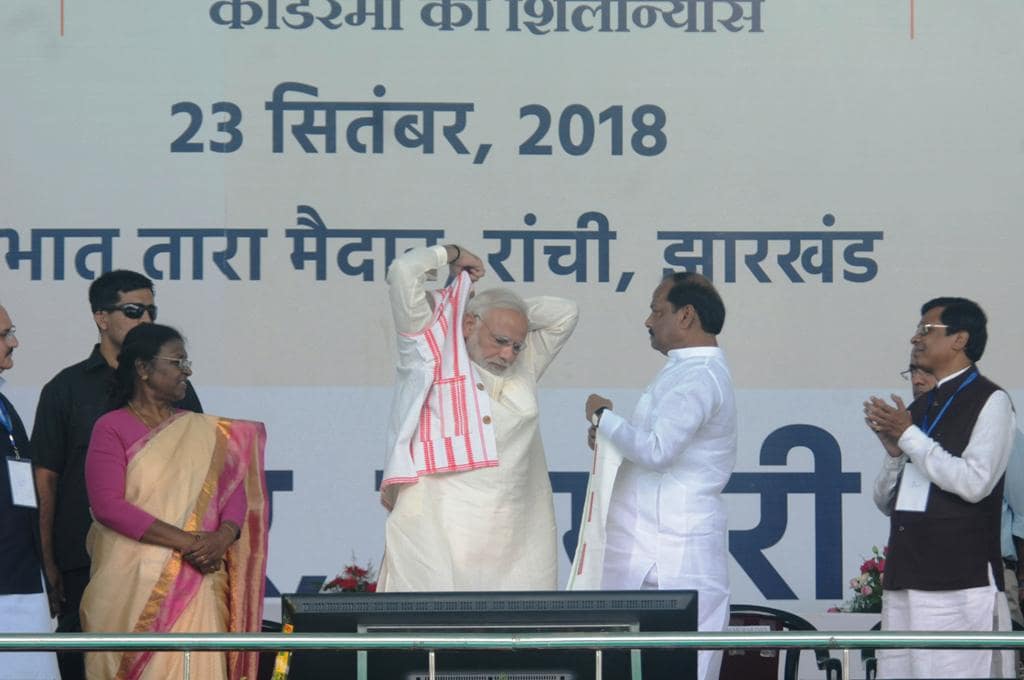 As per Abhiyan, the government  aims to provide coverage of Rs. 5 lakh to 10 crore economically backward families. The Prime Minister launched it to make it operational from September 25 on the birth anniversary of Pandit Deendayal Upadhyay.

A huge crowd had gathered at the Prabhat Tara ground to attend the public meeting organised by the state government led by Chief Minister Raghubar Das.The one--and -half hour programme was telecast live.The PM used the event to use video conference and rolled out a digital campaign for sreading awareness among the people about the scheme.

While the PM rolled out this campaign,another tribal woman reacted appreciating him for the health scheme which aims to cover more than 57 lakh families,comprising more than 50 percent 1.27 crore(2011 Census)people of Jharkhand who carried ration(Red and Yellow) cards.

Even in India, around half of its population would be covered under the scheme.It is supposed to be cashless insurance for the beneficiary in selected hospitals.So far,no body knows where these hospitals exist.

Though the ambitious scheme appears to have welcomed by many potential beneficiaries belonging to tribal,Dalit and backward castes,not all of them were optimistic about its successful implementation in Jharkhand.

"In view of the shortage of doctors and lack of medicines in the state government hospitals,I doubt the scheme can benefit the beneficiary.In private hospital, owners can indulge in loot of public funds",said a school teacher who is also a tribal.

Among a group of educated tribals,the whisper is that though this scheme was launched with a positive mindset of the PM Modi,it is not expected to provide benefit to the beneficiaries.Reason?

Without building and strengthening medical infrastructure-government run hospitals with adequate and efficient doctors,modern equipments and medicines-the scheme may be serving insurance companies more than the poor patients.