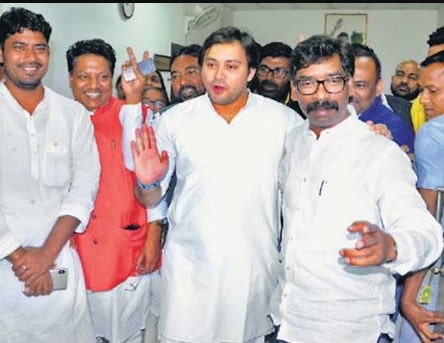 The ruling BJP is set to face united Opposition comprising JMM, Congress and RJD in the forthcoming Assembly polls 2019.

After a series of discussions, they have struck a deal showing the JMM led by its Acting President Hemant Soren will lead the allies in five-phase polls. As per the seat-sharing agreement, JMM will contest a maximum number of seats, followed by Congress and RJD.

The five-phase polls beginning on November 30 will conclude on December 20. The results will be announced on December 23.