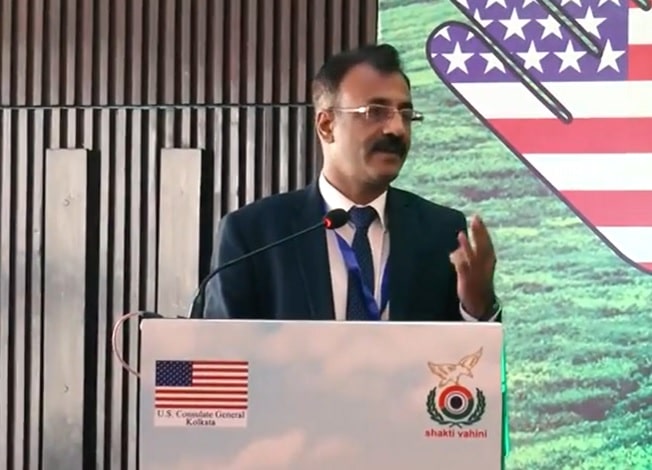 Gupta,1990 batch IPS officer, who is posted as Additional Director General of Police, CID, faced the charge of misusing his authority to influence Raj Sabha polls in 2016 when the BJP government led by Chief Minister Raghubar Das was at the helm of affairs.

Following investigation and order passed by the Election Commission of India on March 29,2018, FIR under Sections 171 B and 171 were filed at Jagannathpur police station against Gupta. In fact, ECI had ordered to file FIR and take legal action against him.

The ECI had acted on the basis of a CD made public by ex-CM Babulal Marandi in 2017, a year after RS polls were held in 2016. In the CD, Gupta was heard talking to ex-Minister Yogendra Sao and directing him to vote for the BJP candidate.

Subsequently, ECI's Principal Secretary Virendra Kumar not only came to Ranchi and investigated the case but also asked the then Chief Secretary to lodge FIR against Gupta. On June 13, 2017 FIR was filed at Jagannathpur police station against him.

In his complaint, Marandi had gone on record saying: Gupta had rung up Yogendra Sao 26 times and asked him to prevent his wife and Congress MLA Nirmala Devi not to cast vote."He had even threatened Sao of dire consequences if his directive was not obeyed his advice".

In one talk with Sao, Gupta told him that the BJP government led by CM Raghubar Das will hold power for three-four years."You will be taken to a new hight. But if not obeyed, he will face troubles, "Gupta is heard in the CD telling Sao.    -