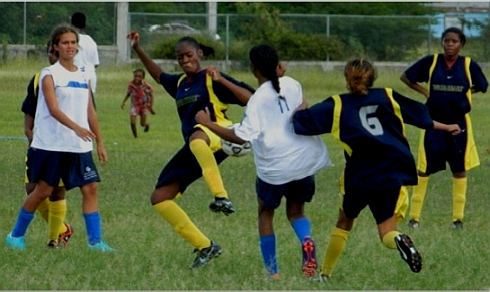 Jharkhand girl Rashmi Kumari led India team is on top of the point tally of the first World School Footbal Cup under -18 tournament being held in Paris (France).

Indian team had defeated Denmak 3-1 and Romania 5-0 to bag six points in the Group B.In the Group A,Cand D,Hungry,Germany and Turkey were on the top with 9 point each.

The tournament is slated to end on April 22.