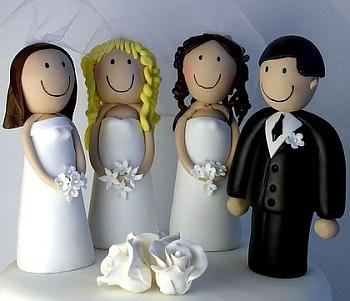 Seventy seven year old Bagun Sumbrai loves to marry.Though there is no record,he says he had forgotten how many marriages he had solemnized.Those close to him say he has four wives,one of whom died recently.Others say the number is more than 50.

This tribal leader of Jharkhand can be compared with a man from Saudi Arabia who has married three women at a go.Reports say initially,he wanted to marry a girl of his choice.The girl agreed to his proposal only after he accepted her condition that he would marry two of her friends too.

The ANI report based on a story flashed by Saudi daily Al Youm said that he “under pressure from relatives and friends”eventually decided to marry the three women.

“Under the deal, the bridegroom rented three apartments in the same building and lodged each of his brides in her own flat”, said the ANI report quoting the Gulf News.

Incidentally polygamy is practiced in Saudi Arabia as well as a section of Adivasis in Jharkhand.

Polygamy is allowed in Saudi Arabia, and a man is entitled to take up to four wives.