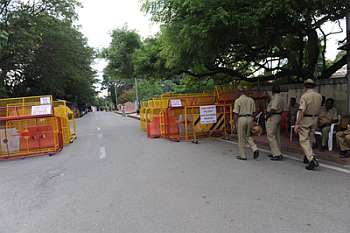 Ranchi bandh was called tomorrow to protest against the rape and murder of a 6-year-old girl.

The protagonists of the bandh who belong to the Muslim community today exhorted people to down shutters of their shops.Many schools,colleges and market complexes have decided to keep their establishments closed on Saturday.

“Hang the rapist”,read the play cards displayed by the processionists who marched past the main rain in Ranchi.The barbaric crime was condemned by all sections of the people.

In view of resentment prevalent among the Muslim minority community,security forces were deployed in strength in Ranchi.The Dargi Mohalla where the family of the victim lived was turned into a camp of security forces.