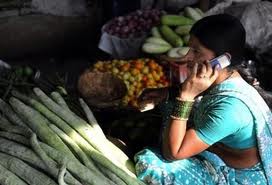 Mobile users are not satisfied with the Telecom Regulatory Authority of India (TRAI)’s decision to reduce national roaming calls from July 1.Most of them seem to say that its reformed tariffs are too little too late.

This is simply because they were expecting TRAI to make the national roaming call free.Since this did not happen,they were unhappy.”This is highly disappointing at a time when inflation was robbing middle class consumers like me”,said Diana Singh,a Bank Manager.

So is not the case with outgoing SMS on national roaming.In fact,the outgoing SMS-local is put at Re 1 per SMS and outgoing SMS-STD at Rs 1.50 per SMS.”In its munificence,TRAI has kept incoming SMS free of cost.This is hardly any relief as it maintains the status quo while jacking up the rates of SMS”,cribs another mobile user.