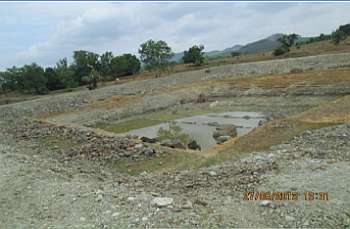 In Jharkhand’s East Singhbhum district lies scores of villages under Potka block.They were tribal inhabited villages where Social and Healthy Action for Rural Empowerment(SHARE),NGO,was engaged by the state government to execute development works under the Centre’s Special Central Assistance(SCA).

As per the law,SCA was provided to the state government for caarying out development works under its Tribal Sub Plan.A report prepared by SHARE claims that most of the ponds under SCA to TSP in 6 villages have been excavated.

Only two ponds excavation, one in paharpur and other in Kasiyabera, is in progress.

It was very tough during the digging of some ponds when hard rock took most of the time. But thanks to the hard work done by the villagers, who as before, shown their hard working capacity. There were few problems faced by the agency when villages with fewer labour force had got MNREGA works as well during the end of the financial year.

Since the time was very short before the onset of monsoon and we started our work in the beginning of the month of March 2013 in most of the targeted villages, the work in some ponds remain to be completed till now.

As the construction of Udyamita bhavan is concerned, at 5 villages the foundation work is complete. While in two villages, even bricks have been supplied by the contractors. It is expected that remaining construction work will resume after the ongoing Harina mela in Potka.

As we know once these works are completed in six tribal dominated villages,namely,Mangru,Bhagabera, Chirugora, Kasiyabera, Paharpur and Ledokocha.About 13 ponds, are proposed to boost agriculture in the tribal villages by ensuring availability of water for agriculture and fishery as well. The scheme also proposes to construct one udyamita bhavan (entrepreneur building) and a drying platform in the heart of each village where rural women can start their income generation activities.

“Communities are involved in all the relevant steps of this project under TSP, such as planning, implementation, evaluation and improvement/adaptation”,claims SHARE in a report.