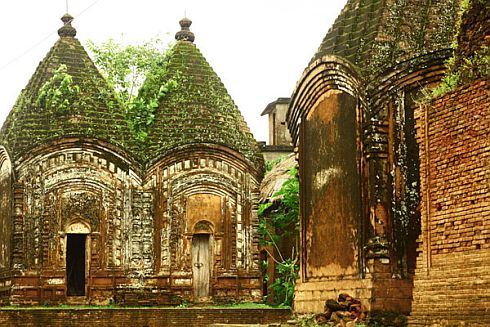 Jharkhand government has decided to develop Maluti as a tourist site.

Maluti,a small town near Shikaripara in Dumka District of Jharkhand,has 72 old temples.These temples were built under the Baj Basanta dynasty.

These temples are edifices to the kings of the Pala Dynasty.They portray various scenes from Hindu mythology including the Ramayana and the Mahabharata.

Also,Maluti is known for the annual sacrifice of over 100 goats on Kali Puja,besides one buffalo and a sheep, though animal activist groups have often strongly protested against it.

To develop Maluti as a tourist place was decided in a meeting of the India Trust For Rural Heritage and Development held in Ranchi today.The meeting was presided by Jharkhand Chief Secretary RS Sharma .

A press release isued by Public Relations Department in Hindi said as follows: