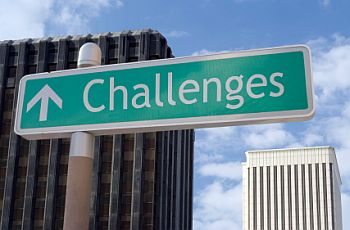 Among five Chief Ministers who held the post for nine times-Hemant Soren is the third youngest politician in Jharkhand.

Shibu Soren,Hemant’s father, was the oldest when he was sworn in as CM for the first time.He was less than 62 years old then. Next to him was BJP’s Babulal Marandi who became the CM at the age 43.

Sadly,none of them completed the term of five years.Though a majority of them were young,Jharkhand failed to prosper.In fact,it has not been able to meet some basic needs of its people. These needs are related with water,electricity,road,health and education.

As such,the number of possibilities in front of the Hemant Soren government was much less than his challenges.His first challenge is to work with best of his ability,commitment and honesty.To do so,he has to rely on competent officials with proven track records.A plus point for him is that this state’s executive is being led by Chief Secretary Ram Sevak Sharma,who has become a house hold name across the country due to his commendable Aadhaar works as UIDAI’s Director General.

He must make use of Mr Sharma to build a smart administrative machine to deliver.This was necessary because this state had suffered a great deal mainly due to misconduct of politicians,scams,bribe and corruption.

Another challenge is to resolve the conflict of interests that are bound to crop up among his mutually hostile partners -both within his party-JMM -and its allies.How he confronts them and prevents them to get mirred in controversies remains to be seen.

Yet another challenge lies in ensuring that come what may nothing illegal happened during his regime,no premature transfer and posting took place,no land or mines,each a rich resource of this state,were transferred or recommended to be given to any body without following the law of the land in letter and spirit.

Hemant and his coalition government have a short span of less than two years to prove itself.  Apart from taking forward the reforms in fields such as e-governance,energy,water and human resources,road and rural development,he has to work with an aim to realize the old adage-‘It is not what you do,it is the manner in which you do it’- and march forward. This is expected from him more because he is young and Jharkhand has great expectations from him.