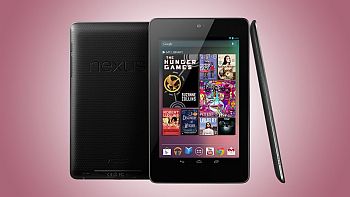 Internet search engine giant Google is going to rock the market by launching its new device-Nexus 7.

Reports say that Nexus 7,a tablet designed to go wherever you go – and now with up to 32GB of storage and the ability to connect to mobile data networks –is going to be launched on coming Wednesday.

Nexus 7,set to be launched in an event in San Francisco on July 24,can now operate on more than 200 GSM providers worldwide.This tablet comes with all Google Apps – like the latest version of Google Now, Gmail, Chrome, Google+ and YouTube – putting the best of Google in the palm of its owner.

“With a stunning 7-inch display, all day battery life, even more storage, and mobile data to keep you connected, Nexus 7 is the perfect travel or commute companion”,said a byline report of Gaurav Mehra in topnews.in

Indeed with Nexus 7,the owner can see events and concerts nearby,besides getting reminders about hotel and flight reservations, and even nearby attractions and popular photo-ops while traveling. All automatically.