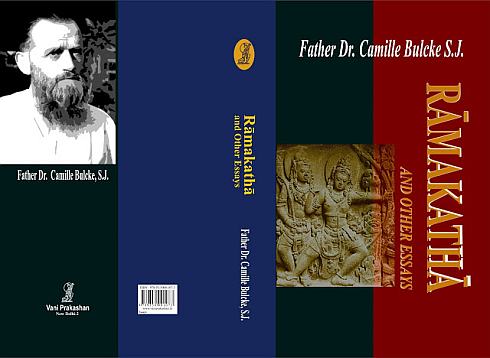 A three storey building is planned to be built to house Dr Camille Bulcke Research Institute near the Catholic Church in Ranchi’s Purulia road.

A foundation stone of this institute was laid on Thursday by Principal of the St Xavier’s College,Ranchi,Nicholas Tete.

Several other jesuits and priests associated with the Catholic Church,who were aware that Father Bulcke had become a legend in his life time(1 September 1909-17 August 1982) and was widely known as”India’s most famous Christian Hindi scholar”,were present.

Bulcke,a Belgium born Jesuit,who came to india in 1934,had acquired a B.Sc. degree in civil engineering from Louvain University, when he became a Jesuit in 1930.

According to Wikipedia,his illustrious background was as follows:

After doing his philosophical training in Valkenburg, Netherlands, (1932–34) he left for India in 1934 and after a brief stay in Darjeeling, he taught Mathematics for five years at Gumla(present Jharkhand). It was here that he developed his lifelong passion for learning Hindi, as later recalled:

“When I arrived in India in 1935, I was surprised and pained when I realised that many educated people were unaware of their cultural traditions and considered it a matter of pride to speak in English. I resolved my duty would be to master the language of the people.” – The Faith Of A Christian — Devotion To Hindi And To Tulsi.

Theological training (1939–42) was undertaken in Kurseong, India, during which he was ordained priest (in 1941). His interest in the classical language of India led him to do a Master’s Degree in Sanskrit at Calcutta University (1942–44) and finally a doctorate in Hindi literature at Allahabad University (1945–49) with a thesis titled, ‘Ram Katha Ka Vikas’.

In 1949 Bulcke was made Head of the department of Sanskrit and Hindi of St Xavier’s College, Ranchi. But early hearing problems led him to go more for a scholar’s than a professor’s career. He felt much attracted by the 17th century’s Hindi poet Tulsidas on whose writings he made his doctoral thesis. Bulcke was often invited to give conferences on the Hindi poet and his devotional Rama-songs, which he did with much enthusiasm. He brought people in touch with the profound values of their own spiritual traditions, and, according to him, Tulsidas was also an excellent introduction to the values of the Gospel. He obtained Indian citizenship in 1951, and – highly esteemed by the Government of India – was made a member of the National commission for the promotion of Hindi as the national language. He took on the name Bihari after acquiring Indian citizenship.

To fulfill zealously the onerous duties of a missionary monk, Bulcke stayed for quite some time in Darjeeling to make an in-depth study of the scriptures, being deeply interested in Philosophy, but to acquire a systematic knowledge of Indian Philosophy andLiterature, he studied for his M.A. degree in Hindi from the University of Allahabad. It was, during this period of preparation for hisM.A. in Allahabad that he had an occasion to read and study the Ramcharitmanas of Tulsidas.

The Ramcharitmanas was a highly influential devotional book for Hindus in the 19th and early 20th centuries, and was frequently read by Europeans learning Hindi. The more Bulcke studied the Ramcharitmanas, the deeper became his attachment to it.

His sublime sense of righteous goodness, the lofty values and ideals of its characters and its poetic excellence fascinated him to such an extent that it almost became an object of worship for him. He found a striking resemblance between the ethical aspect of righteous conduct and values of life as portrayed by the author of the Ramcharitmanas and those propounded by Jesus Christ in his discourses. He, therefore, took up a relevant topic, viz. Ramkatha: utpatti aur vikas (The tale of Rama: its origin and development) and obtained his D.Phil degree from the University of Allahabad on the subject. His thesis was hailed by scholars all over India and his name became known to litterateurs outside theHindi world also.

His lifelong involvement in Hindi research and translation work led him to gather material for an English-Hindi Dictionary (40,000 words) that is still the most widely used in North India. Till the end of his life he kept updating it. He prepared a life of Christ based on the four gospels, Muktidata (‘The Saviour’) and also translated the Bible into Hindi, as well as liturgical and devotional books. His love for the Hindi language, his imposing appearance as well as his constant willingness to help students and scholars and to listen to the simple and the distressed gave him the reputation of being a ‘guru’ and, for this reason, many approached him for advice even in matters that had little to do with literature.

Main publications
(Hindi) Muktidata (The Saviour), Ranchi, 1942.
The Theism of Nyaya Vaisheshika, Calcutta, 1947.
(Hindi) Râmakathâ, Utpatti aur Vikâsa, Allahabad, 1950.
(Hindi) Ramâkathâ aur Tulsîdâs, Allahabad, 1977.
(Hindi) Naya Vidhana (New Testament), Ranchi, 1977.
English-Hindi Dictionary, Ranchi, 1981 (3d ed.).
In 1974, the Government of India conferred on him the Padma Bhushan, one of the premier civilian awards, second only to the Bharat Ratna and the Padma Vibhushan. The award was in recognition of his “outstanding contribution to Hindi literature,”according to Wikipedia.