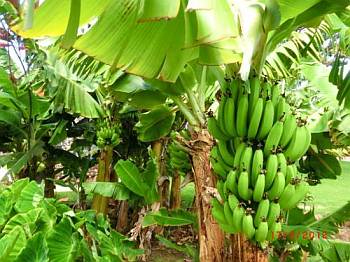 “Keep Genetically Modified Bananas Out of India”,says a petition forwarded by EDUCATION FOR POOR IN INDIA via Causes <no-reply@causesmail.com.

The petition has gone viral on cyberspace.Though no body knows how many people across the globe had signed it,it was backed by hundreds of people. “It is the cause for which we all must join hands”,states Prret Singh on Facebook.

It calls upon the viewers to sign it online to keep genetically modified bananas out of India.The move a brain child of Dr. Vandana Shiva,conveys that GMO bananas and other crop experiments pose a “direct threat to India’s biodiversity, seed sovereignty, indigenous knowledge and public health by gradually replacing diverse crop varieties with a few patented monocultures.”

It further says that Billionaire Bill Gates and Australian scientist James Dale are pushing for unnatural genetically modified (GMO) bananas and have started a “creation myth” by claiming their GMO bananas are an “innovation” to save Indian women from childbirth deaths due to iron deficiency anemia.

“We launched this campaign to fight one leader, India Prime Minister Manmohan Singh, one rich man, Bill Gates, financing one Australian scientist, James Dale, who knows one crop, the banana, from imposing inefficient and hazardous GMO bananas on millions of people in India and Uganda who have grown hundreds of banana varieties over thousands of years”,states the petition.